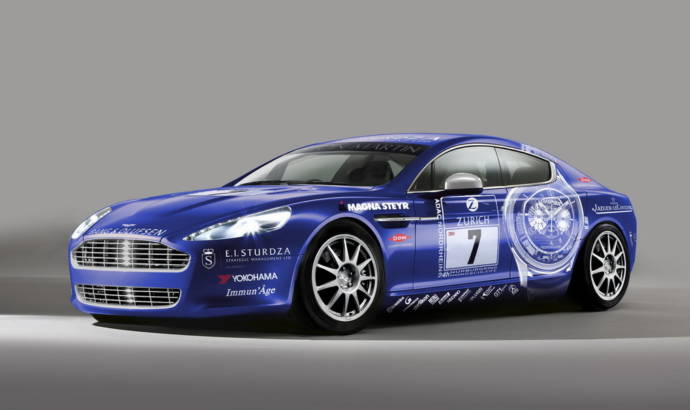 The British company announced it will field an Aston Martin Rapide at this year’s Nurburgring 24h race on 15, 16 May.
The Aston Martin Rapide will be driven by a team of engineers from Gaydon, Warwickshire and will participate in this endurance race along with other models like the V8 Vantage or the V12 Vantage.
Apart from a few required safety modifications the Aston Martin Rapide that competes in the Nurburgring 24h is really close to the production version and comes with a stiffer suspension, no interior trim and slick tyres.
Aston Martin press release :
Aston Martin will return to the starting grid of the legendary Nordschleife circuit for the fifth consecutive year at the 38th ADAC Nürburgring  24-hour race on 15/16 May 2010 with the marque’s new four-door sports car; the Rapide.
Further underlining the sporting credentials of Aston Martin’s
latest model, the Rapide will compete in the demanding 24-hour race –
as has been the case with other recent Aston Martin road cars, the V8
Vantage and V12 Vantage. The Rapide will compete in near-standard
specification apart from mandatory changes required to compete in this
most demanding of endurance races and will be driven by a team of
engineers from the company’s Gaydon headquarters in Warwickshire,
England.
Aston Martin Chief Executive, Dr Ulrich Bez who will lead the Rapide
driver team, explained: “This race represents the ultimate final
engineering durability test for any sports car – it subjects the car to
the toughest possible assessment under public scrutiny.
“The Rapide has the capability to carry four people in comfort but
first and foremost it is a sports car and we will subject it to the
same tests we would our other sports cars. We already have a proven
track record at the Nürburgring racing our road cars with limited
modification and in recent years we have enjoyed success in winning the
SP8 class both in 2008 and 2009.”
The Rapide race car will be close to production standard with only
essential race safety modifications, interior trim removed to reduce
weight, re-tuned suspension and will run on slick tyres designed for
track use.
The Aston Martin Rapide encapsulates the values of Aston Martin in
pure four-door sports car form with an unrivalled combination of
performance, comfort, craftsmanship and exceptionally elegant design.
Since the Rapide’s original premiere at the Frankfurt Motor Show in
2009 the car has gone on to win the widespread approval of customers
and media commentators alike, prompting strong global demand for the
car. Deliveries of the Rapide commence later this month through Aston
Martin’s 125-strong global dealership network.
The Rapide race car will be joined by a V12 Vantage – again modified
only slightly for racing – which in 2009 swept to a class win on its
competitive race debut. The near production standard V12 Vantage –
which finished in 21st place overall last year – saw off
competition from a field of largely specialist race cars in the SP8
class to claim an impressive debut win.
Further details on the V12 Vantage and the full driver line-ups for
both Aston Martin entries plus details on a number of customer teams
competing in the race will follow in the coming weeks.
The 38th ADAC Nürburgring 24 hour race will take place on 15/16 May 2010. 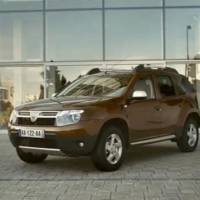 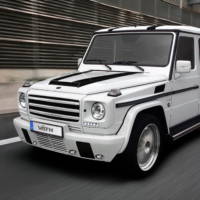