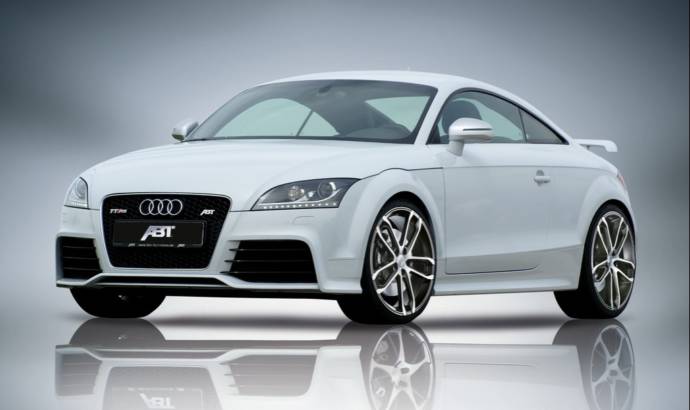 The German tuning specialists at ABT have developed a new power package for the Audi TT-RS which received the ABT POWER S treatment.
The ABT Audi TT-RS comes with 161 HP (118 kW) over than what the standard version has to offer, which translates into a total output of 510 HP (368 kW). The tuners previous upgrade package called the ABT POWER was squeezing 420 HP (309 kW) out of the German 2+2 coupe.
The main modification that enabled such a massive increase is represented by the tuner adding their custom made turbocharger which now enables the ABT Audi TT-RS to sprint from 0 to 100 Km/h in 4.0-seconds a reach a top speed of 292 Km/h.
The ABT Audi TT-RS is also offered with 20 inch alloy wheels (BR or CR models) which come wrapped in high-performance tires.
ABT Sportsline press release :
The most powerful ABT TT of all time is the ABT TT-RS
What a force of nature in a very compact coupe: with the new ABT TT-RS a powerful 501 HP (368 kW) is now available with ABT POWER S. That is an impressive 161 HP (118 kW) more than the dynamic series standard model from Ingolstadt. Even with ABT POWER there is still 420 HP (309 kW) available, and with it the TT accelerates from 0 to 100 km/h in 4.3 seconds (series standard: 4.6 seconds). The top speed is then 282 km/h. “It goes without saying that with 501 HP the TT is even more sporty”, says Hans-Juergen Abt. The General Manager of ABT Sportsline explains that the innovative ABT Turbo charger is applied on the POWER S version. With it the TT-RS sprints easily to 100 km/h in just 4 seconds and accelerates on powerfully up to a top speed of 292 km/h. Driving enjoyment, sportiness and the feeling of DTM and ADAC GT Masters champions – at ABT the abbreviation “RS” now more than ever stands for Racing Sport.
Christian Abt is responsible for the excellent driving characteristics and perfect tuning of the ABT TT-RS. “Maximum motorsport feeling with maximum everyday usability” – that is how the experienced racing driver characterises the features of the new vehicle from Bavaria. Anyone who drives the ABT TT-RS knows what its cool features are, and even those who only get to see it for a short time quickly recognise which mould it is cast from: this is because before you can count to three, the powerful Kempten car is already off and away.
As a suitable addition to the fastest ABT TT of all time it is recommended to mount the classy sports alloy wheel creations BR and CR in standard 20 inch. The latest highlight is the
ABT CR Superlight in a sporty 19 inch. The cool design wheels are, of course, also available in combination with high-performance tyres. Anyone who wants to travel fast needs suitable tyres – and Christian Abt has used his experience to also take care of this: “The car is controllable in all situations. Only by ensuring this is it also fun to drive a sports car on the road.” 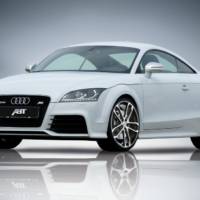 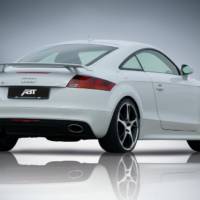 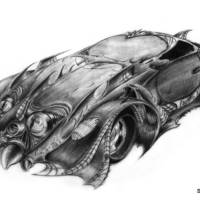 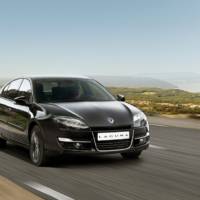