The German tuning powerhouse announced it will release their own customised version ABT Audi A1, and at this point they just released a teaser like image that doesn’t reveal anything.
The ABT Audi A1 will follow the company’s tuned Audi A8 named the AS8, the R8 Spyder and the R8 GTR so all we have to do is wait until July 28th. Considering the Audi A1 is such a special new car for the German automaker, the Kempton based tuner will also go the extra mile and offer an online configured for their ABT Audi A1.
The company’s fans will also be able to participate on Facebook where they can choose on of the three fresh designs prepared for the ABT Audi A1 as well as win various prizes like a journey in the DTM racing taxi or VIP tickets to a DTM weekend.
ABT press release :
1. The next big ABT
What a year: following highlights like the AS8, the R8 Spyder and the extremely fast R8 GTR the next big ABT is now in the starting blocks. From 28th July the world’s largest tuner of vehicles from the VW group will be presenting the new ABT A1, a spectacular car based on the compact premium model by Audi. The Bavarian company from Kempten of course remains true to its reputation and ensures that the new recruit “flies out of the blocks” right from the start. ABT is about reveal how much more ABT POWER is available to the engines of the A1 at its presentation. In any case the beautiful compact car will offer plenty of
driving pleasure, particularly with its suspension components, dynamic aluminium wheels and other sports accessories. Brochures, the online configurator, fact sheets with technical data and much more will be revealed in August, the month of the ABT A1.

2. Choose your favourite design – the new A1 is already good in three versions ABT Sportsline has of course also designed this Audi so that it retains its cool character – but is still recognisable as a true Bavarian sports car. Three fresh designs are available and as looks are a matter of taste, the tuner is letting fans choose the designs from 28th July to 11th August on its Facebook page. Will the cool Aloha win out or the funny and charming A1 called Klecks? Perhaps the ABT community will go for the evil High Voltage design with its "toxic" skulls? The result of this exciting contest will of course also be announced on
Facebook. Anyone who wants to take part just has to enter “ABT Sportsline GmbH" in the search field of the social network site and become a fan. ABT will be giving away an exclusive journey in the DTM racing taxi, two VIP tickets for a DTM weekend and much more to some lucky participants, enough to make the hearts of real ABT fans skip a beat. So it’s worth taking part when the next big ABT is presented to the community. 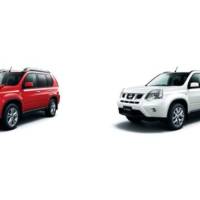 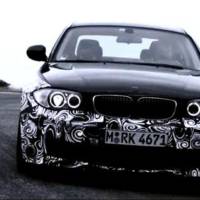