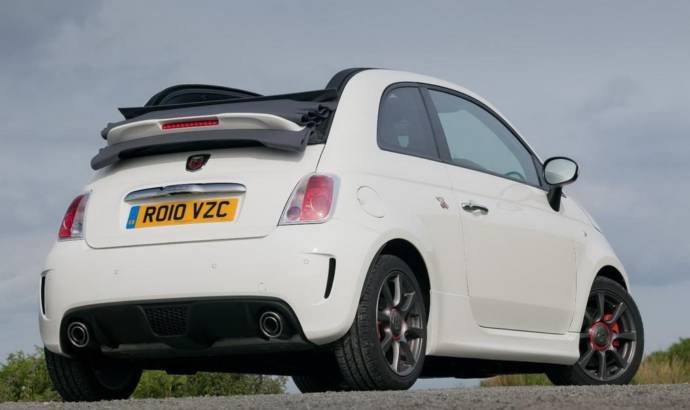 Pricing for the performance version Fiat 500C, and we talk of-course about the Abarth 500C, was announced.
The Abarth 500C price starts at 17,500 GBP and for that amount you will get a 1.4 16v Turbo T-Jet engine under the bonnet that has been tuned to deliver 140 bhp, which means it can hit 62 mph from a standstill in 8.1 seconds and reach a maximum 127 mph.
The Abarth 500C price returns 43mpg combined and some of the features that won’t be found on a standard Fiat 500C include the Abarth Competizione MTA
gearbox with steering wheel paddle shift, an electric hood with
glass rear window, a third brake light at the rear, bi-colour paint, red painted brake callipers and more.
Abarth press release :
Pricing for two sporting new Abarth models – the 500C and Punto Evo –
has just been announced.
Launched here in July 2008, the award-winning Abarth brand has
continued to find new fans in the form of enthusiast drivers wishing to
express themselves through their choice of car.
And these two new Abarths retain the previous models’ good looks and
thrilling styling, while introducing exciting news ideas, power
upgrades, and a host of useful equipment – much of it as standard.
In keeping with Abarth’s philosophy of ‘Making the Ordinary
Extraordinary’, Abarth has taken a convertible car and made it its own
in the shape of the new Abarth 500C while, at first glance, the new
Abarth Punto Evo clearly has a more aggressive look with sporting
credentials for all to see.
Abarth 500C
Priced at £17,500 OTR, the Abarth 500C represents good value when
compared with its main rivals. As well as the Abarth Competizione MTA
gearbox with steering wheel paddle shift, and the electric hood with
glass rear window and third brake light incorporated into the spoiler,
the car receives, as standard, a host of other equipment.
This includes seven airbags, xenon headlights, TTC (torque transfer
control), parking sensors, Blue&Me hands-free telecommunications
system, leather steering wheel and 16-inch alloy wheels. A full range of
options includes automatic climate control, leather sports interior,
bi-colour paint, red brake callipers and coloured Abarth side stripes
and mirrors.
Proof that the 500C is a true Abarth comes in the form of its 140bhp
1.4 16v Turbo T-Jet 140 engine, which provides the convertible with a
top speed of 127mph and a 0-62mph time of 8.1 seconds. But the frugal
unit returns 43mpg fuel economy on the combined cycle. 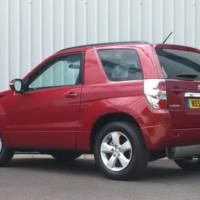 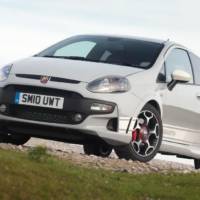