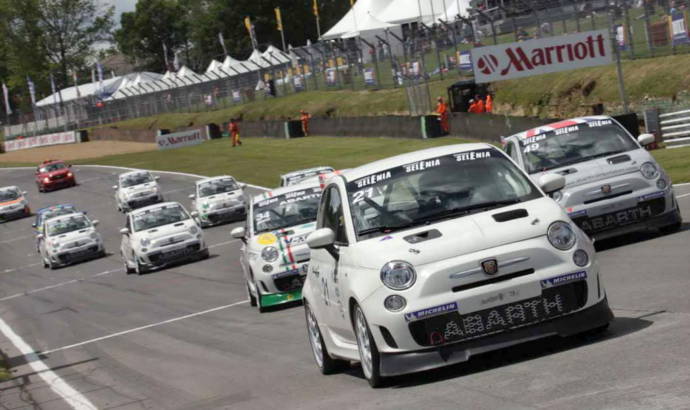 Motorsport fans had a chance to attend at two racing events in UK over the weekend, which involved Abarth models competing in the Abarth 500 European series and the BARC Hillclimb Championship at Gurston Down.
British driver Adam Jones racing in the Abarth 500 European series managed to obtain two wins on the Brands Hatch track in Kent and the average speed at which the little cars competed was of 130 Km/h (80 mph).
As for the BARC Hillclimb Championship at Gurston Down, the two Abarth Grande Punto versions that entered the challenge were driven by journalists as part of Abarth’s UK media motorsport programme.
Fiat press release :
Thousands of motorsport fans were treated to a spectacular weekend of racing as the Abarth 500 European series came to the UK.
British driver Adam Jones took full home advantage to post two wins out of two over the action-packed weekend (18/19 July) at Brands Hatch circuit in Kent. He was one of 11 drivers competing in the fourth round of the Abarth 500 Selenia-European Trophy – one of the main attractions at the race meeting.
The Abarth 500 Assetto Corse’s speed, driveability and balanced distance at an average of 130 km/h (80 mph), creating an exciting spectacle for the crowds.
“It was good to see the Abarth 500 race cars here in the UK and what better place to showcase them than Brands Hatch?” says Ivan Gibson, head of Abarth in the UK. “Both days’ races were full of drama, great driving and wonderful excitement – which is what the magic of Abarth is all about.”
The fight for overall victory will resume at the next meeting of the Abarth 500 Selenia-European Trophy, which is scheduled for 5-6 September in Germany.
Meanwhile, two more Abarth cars were competing in Britain over the weekend – this time Grande Punto versions, which were entered into the BARC Hillclimb Championship at Gurston Down, near Salisbury.
The event was part of Abarth UK’s media motorsport programme, and allowed four of Britain’s top motoring journalists behind the wheel for an experience of the sport. It was a close thing with less than two seconds separating the drivers – Owen Mildenhall and James Disdale (Auto Express), freelancewriter Jesse Crosse and Performance Car’s Chris Knapman. 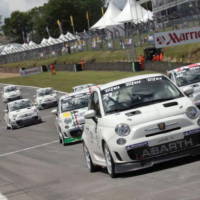 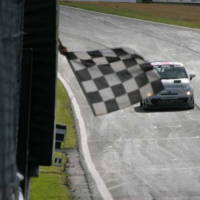 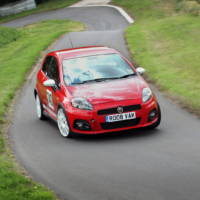 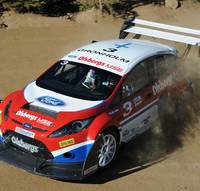 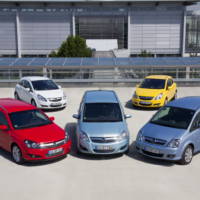