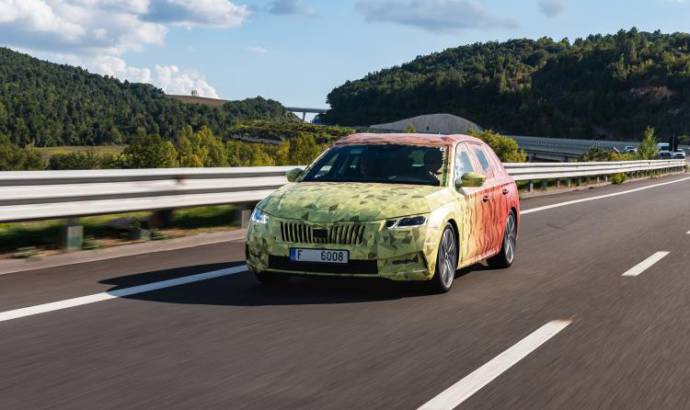 We are very close to a new generation of the popular Skoda Octavia, the best sold car of the Czech manufacturer. In the same year that the model celebrates its 60th anniversary, the Czech manufacturer is introducing the latest edition of its bestseller. The fourth generation of the Octavia has grown in size and is longer and wider than its predecessor.

The new front apron and the sharply drawn new headlights provide visual highlights for the ŠKODA Octavia. At 4,689 mm, the fourth-generation Octavia estate is 22 mm longer than its predecessor; its width has grown by 15 mm to 1,829 mm (the length of the hatch has increased by 19 mm to 4,689 mm and by 15 mm in width, taking it to 1,829 mm). The wheelbase measures 2,686 mm. The redesigned, shallow roof rails emphasise the vehicle’s elongated silhouette, whilst alloy wheels measuring up to 19 inches lend a powerful appearance.

The hatch has a drag coefficient (cd) from 0.24 and the estate from 0.26. The new Octavia thereby ranks among the most aerodynamic cars on sale today. The improved aerodynamics also reduce the fuel consumption and CO2 emissions.

In the top-of-the-range version, the Octavia is equipped with a real highlight – full LED Matrix headlights. This innovative system generates a light beam consisting of several segments which are controlled individually. The high beam can be on at all times, without dazzling other road users. Using the camera on the windscreen, the intelligent technology detects vehicles that are approaching or up ahead as well as people and objects reflecting the light. The lights also greet the driver with an animated Coming/Leaving Home function. The full LED tail lights are incorporated into this animation too, and boast – which is a first for the Octavia – dynamic indicators.

The rear passengers enjoy an even more luxurious level of kneeroom than before – now 78 mm. The boot capacity, which is the largest in the segment, has increased to 640 l in the estate variant and 600 l in the hatch. The ŠKODA designers have completely revamped the Octavia’s interior. The new steering wheel now features just two spokes and has a chrome trim; in the multifunction variant, 14 different functions can be performed via push and new scroll buttons in a chrome finish.

The centre console, door trims and dashboard have been redesigned too. Featuring a modular, multi-level arrangement, the dashboard echoes the shape of the ŠKODA grille with a contrasting, coloured area below the large, free-standing central multifunction display. Ergonomic, heated seats now boast the options of a massage function and/or cooling ventilation. The optional sports seats are covered in a ThermoFlux fabric. Another optional feature in the new Octavia is the tri-zone Climatronic air conditioning. When equipped with the KESSY keyless entry system, any one of the Octavia’s four doors can be opened first.

The Octavia is the first ŠKODA model to feature a head-up display. This projects important information such as the speed or navigational information directly onto the windscreen in immediate view of the driver, allowing them to read it without taking their eyes off the road. The new Octavia’s infotainment systems offer optional streaming services for radio and TV as well as completely cable-free smartphone connection using wireless SmartLink+ technology. Media devices or USB sticks can also be directly linked to the infotainment system via the two USB-C ports in the front out of the up to five USB-C ports; a 230-V socket in the rear is optional too. The acoustically optimised interior and the new optional Canton Sound System ensure perfect sound.


The latest generation of the digital and individually customisable instrument panel comes with a 10-inch screen and is now even more user-friendly. The driver can choose from four different layouts – Basic, Classic, Navigation and Driver Assistance Systems – and specify their desired content using the controls on the multifunction steering wheel. Users can now also opt to display the navigation system’s maps on the Virtual Cockpit and the central display measuring up to 10 inches in two different levels of zoom. Climatronic can be operated via an integrated bar at the bottom of the infotainment display. Via a new touch slider at the bottom of the infotainment system’s display, the volume can be adjusted using one finger and the navigation map can be zoomed in and out using two fingers.

The new Octavia is the first ever ŠKODA to use shift-by-wire technology to operate its DSG transmission. The gear selector is no longer connected to the gearbox mechanically. Instead, it relays which gear has been chosen electronically. In place of the familiar DSG lever, there is therefore a new control module located in the Octavia’s centre console with a small rocker switch for selecting the drive modes – R (reverse), N (neutral) and D/S (drive/sport) – as well as a button for the parking mode, P.

The new Octavia features modern TDI and TSI engines with increased efficiency that, thanks to significantly improved aerodynamics, lower fuel consumption and pollutant emissions. In addition to the diesel and petrol engines, plug-in hybrid variants and, for the first time at ŠKODA, engines featuring mild-hybrid technology will be offered. When fitted with the 7-speed DSG, the three-cylinder 1.0 TSI producing 81 kW (110 PS) and the four-cylinder 1.5 TSI outputting 110 kW (150 PS) make use of a 48-V belt-driven starter motor and a 48-V lithium-ion battery. This makes it possible to ‘coast’ with the combustion engine completely switched off, recover energy whilst braking and support the engine with an electronic boost. At the same time, the engine is able to start more quietly and with fewer vibrations. Both engines are also available in combination with a 6-speed manual gearbox without mild-hybrid technology. The gearbox that comes with the 1.5 TSI is newly developed for engines that deliver high levels of torque and is being used in conjunction with the Octavia’s diesel engines too. The 2.0 TSI with a power output of 140 kW (190 PS) is exclusively available with all-wheel drive and a 7-speed DSG. All of the TSIs are fitted with a petrol particulate filter.


Following on from the first ŠKODA plug-in hybrid, the ŠKODA Superb iV, the Czech brand is also offering the new Octavia with a 1.4 TSI petrol engine – the Octavia iV features an electric motor too – and even comes with two different power variants. As well as the model with a power output of 150 kW (204 PS), another version outputting 180 kW (245 PS) is planned to be added to the portfolio. Both variants will come with a 6-speed DSG.

SCOUT and vRS variants will be added to the range later in 2020. 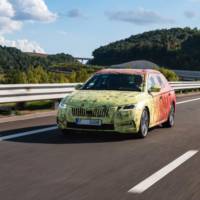 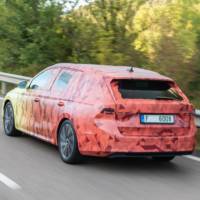 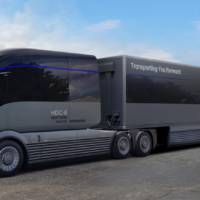 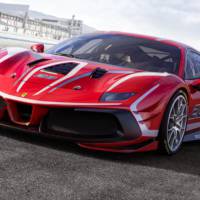