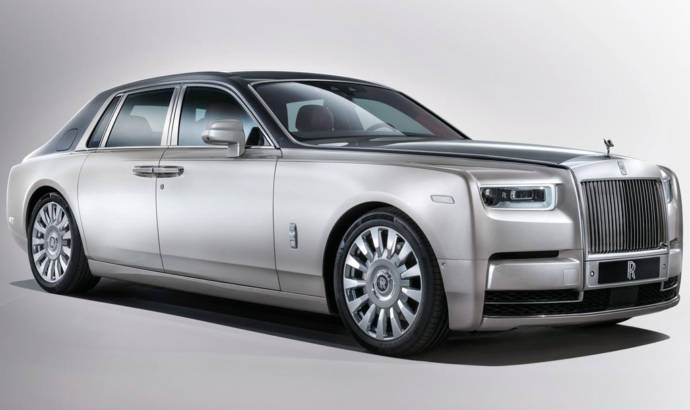 Rolls Royce is starting a new chapter in its history by launching the new generation Phantom, the eight in line. It was unveiled during a crowded event in London, along its predecessors, even the first Phantom, launched in 1925.

The car is based on an all-aluminium spaceframe architecture designed by Rolls-Royce engineers that will underpin every future Rolls-Royce beginning with the New Phantom. As such, no future Rolls-Royce will be of monocoque construction as used by mass-manufacturers and some mass-luxury brands.

It has been designed and engineered from the ground up in such a way as to be scalable to the size and weight requirements of different future Rolls-Royce models, including those with different propulsion, traction and control systems. Also, the new Phantom is 30 per cent more rigid than its predecessor, leading to better ride comfort.

A new double-wishbone front axle and 5-link rear axle deliver astounding levels of control over lateral roll and shear forces and delivering incredible agility and stability, as does the addition of four-wheel steering.

The engineers had to create ‘the most silent motor car in the world’ including 6mm two-layer glazing all around the car, more than 130kg of sound insulation, the largest ever cast aluminium joints in a body-in-white for better sound insulation, and use of high absorption materials.

In addition, high absorption layers within the headliner, in the doors and in the boot cavity have further aided insulation and reduced reverberation. Rolls-Royce also worked closely with its tyre supplier to invent ‘Silent-Seal’ tires – which feature a specific foam layer placed inside the tyre to wipe out tyre cavity noise and reduce overall tyre noise by 9db, meaning that conversation within the car is completely effortless.

The new Phantom is the largest ever component produced by the BMW Group, let alone Rolls-Royce, helping to make new Phantom the most technologically advanced Rolls-Royce ever.

12.3 inch TFT colour displays with LED backlighting now communicate all driver information from within the round chrome surrounds, with the displays themselves designed with clear and beautiful virtual needles, Rolls-Royce jewellery-like chaplets and clear lettering.

The standard clock features a dark face and the surround is finished in black leather. However, each Bespoke Clock features a more intricate design, including a lighter backlit face with crystal effect details and counterweighted hands, and is finished to match the material selected within ‘The Gallery’. 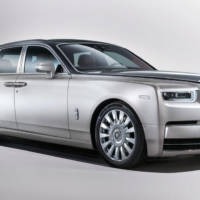 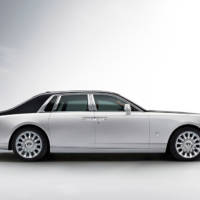 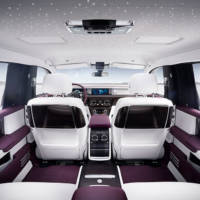 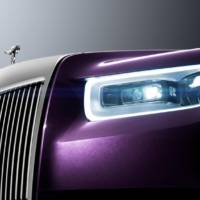 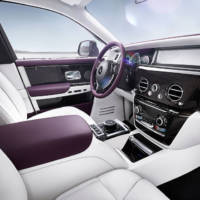 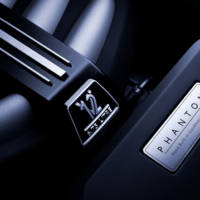 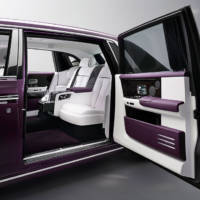 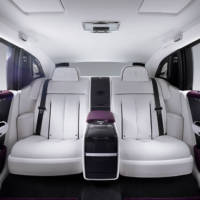 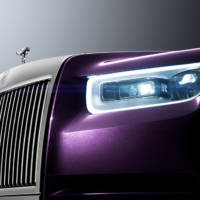 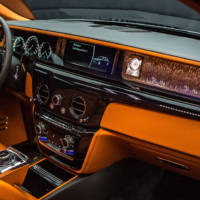 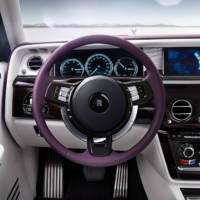 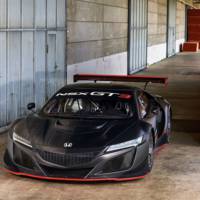 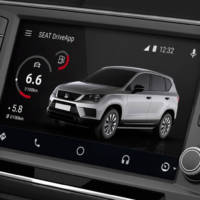