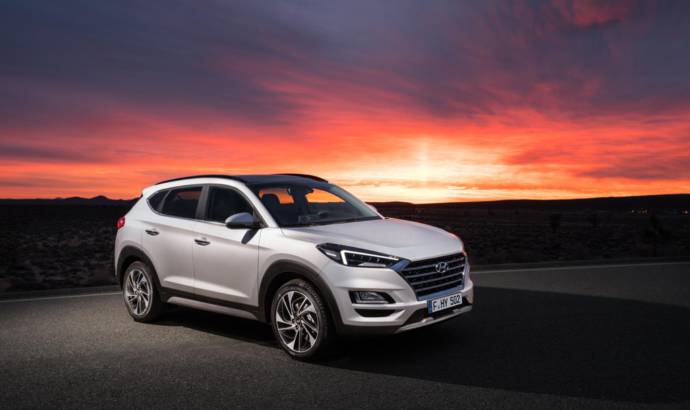 Hyundai Tucson is the most popular SUV of the South-Korean manufacturer around the world. So it is one of the most important model in the range. The New Hyundai Tucson has been Hyundai’s best-selling car in the UK and Europe since its launch in 2015.

Hyundai is using this year new York Auto Show to introduce a revised version of the Tucson to revive its appeal.

The Tucson’s exterior design is achieved by the Cascading Grille and a refined new light signature with full LED headlights as well as an uplifted front bumper, skid plate and a new wheel design. The car is also equipped with a new rear taillight as well as a redesigned rear bumper and muffler.

The most powerful powertrain in this line-up is the 2.0 diesel engine with an output of 186 PS. This engine comes with four-wheel drive and can be paired with a six-speed manual transmission (6MT) or optionally with the newly developed eight-speed automatic transmission (8AT).

Alternatively, customers can choose between the newly developed 1.6 diesel engines with two power outputs: the standard version is capable of 115 PS and the higher power version offers 133 PS. Both engines are available with a six-speed manual transmission and front-wheel-drive.

Following its world premiere in New York, the New Tucson will make its debut in Europe some weeks later. The kick-off of the European launch campaign will officially announce the arrival of New Tucson in Europe. 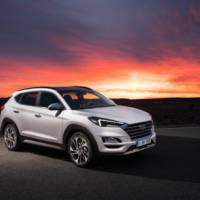 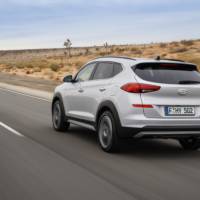 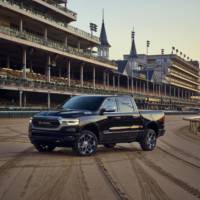 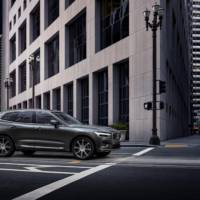