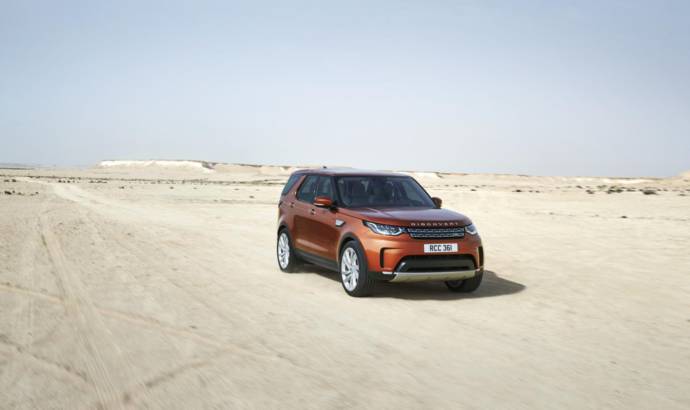 One of the most versatile Land Rover’s ever created was officially unveiled during this year Paris Motor Show. Th e new generation Discovery continues the tradition of a model that was sold in 1.2 million units during its 27 years existence.

New Discovery was previewed by the Discovery Vision Concept, which showcased the future direction of the entire Discovery family when it debuted at the New York Auto Show in 2014.

The interior of New Discovery continues the design revolution started by the Discovery Sport, where customers can specify a range of premium materials including luxurious Windsor leather upholstery and natural oak veneers.

New Discovery provides world-first Intelligent Seat Fold technology, allowing customers to reconfigure the second- and third-row seats using controls at the rear of the vehicle, the central touchscreen and even remotely via a smartphone app as part of the InControl Touch Pro Services.

For example, this allows owners to rearrange the seats from inside a shop while they queue to pay for large or bulky items, ensuring the vehicle is configured to accommodate their purchases.


Ground clearance is rated at 283mm (up 43mm) while a maximum wading depth of 900mm (an increase of 200mm) puts Discovery in a class of its own. Auto Access Height technology reduces the ride-height by up to 40mm as passengers prepare to enter or exit the vehicle.

Land Rover’s multi-mode Terrain Response 2 system optimises a range of settings, from throttle sensitivity to gear change characteristics, to suit the driving conditions at the turn of a rotary controller. And for those who are unfamiliar with the off-road conguration, it can even select the optimum setting automatically if drivers are unsure of the best choice.

New Discovery is powered by Jaguar Land Rover’s efficient range of four and six cylinder petrol and diesel engines, all paired with a ZF eight-speed automatic gearbox. They include the twin-turbo Sd4 Ingenium four-cylinder diesel who produces 240 hp with an 500Nm of torque and fuel economy of 43.5mpg and CO2 emissions of 171g/km. 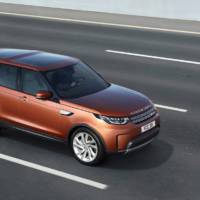 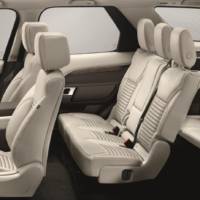 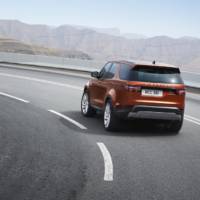 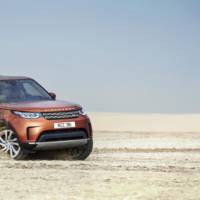 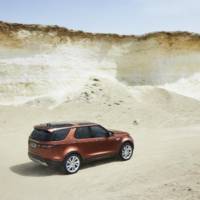 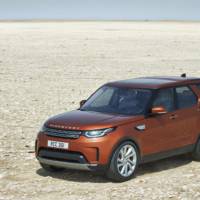 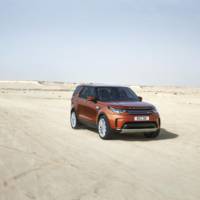 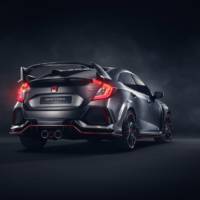 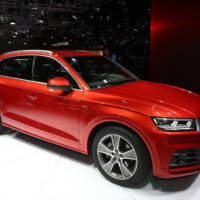