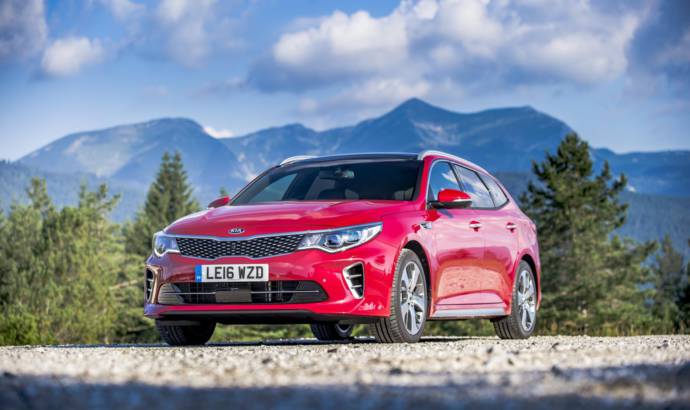 Knowing the European apetite for spacios estates, Kia launched a special version of the new Optima, just for the Old Continent. The all new Kia Optima Sportswagon is Kia’s first ever D-segment estate car and comes at the same time as a plug-in hybrid version of the Optima.

To better understand the reasons behind Kia Optima Sportswagon launch, we tell you that in Europe, two-thirds of D-segment sales and 75 per cent of fleet sales in the class are taken by estate cars.

The Optima Sportswagon has the same exterior style and interior as the saloon on which it is based. Also, the two cars are identical in length (4,855mm) and width (1,860mm), but the Sportswagon is 5mm taller at 1,470mm because of the roof rails.

The new estate is sold only with the 1.7-litre turbodiesel engine. And it is available with a full suite of advanced connectivity and active driver assistance technologies, including Android Auto, Apple CarPlay (available later in the production run), Kia Connected Services powered by TomTom, a harman/kardon eight-speaker audio system, Autonomous Emergency Braking, Smart Cruise Control and Rear Cross Traffic Alert.

There are three trim lines for the new Optima Sportswagon: 2, 3 and GT-Line S – echoing those available for the Optima saloon. A sporty GT version will make that four variants early in 2017.


Standard equipment also matches what is available on the corresponding saloon. However there are some extras. Roof rails are standard with all three trim lines, along with a luggage area DC power socket, a handle for one-touch folding of the rear seats, a luggage side partition and towing connection preparation. Level 3 adds a luggage rail system, boot lip trim and privacy glass in the rear doors, rear quarterlights and tailgate. GT-Line S is further distinguished by a Smart Powered Tailgate. 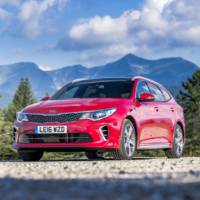 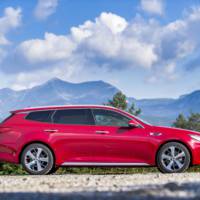 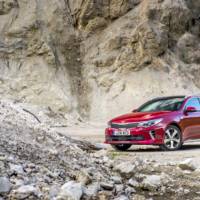 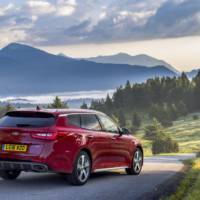 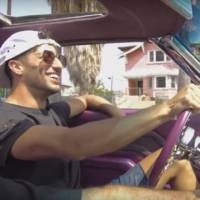 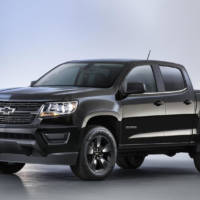