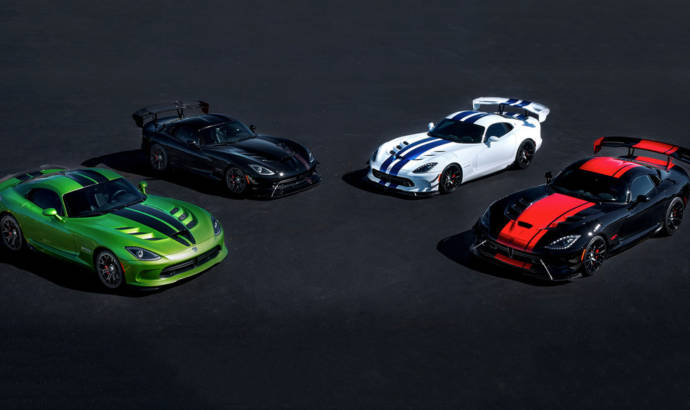 As you may have read, the current Dodge Viper will be discontinued at the end of this year. We don’t know why, but rumors are suggesting that the lack of side-curtain airbags is the thing.

To mark the end of a legend, Dodge has prepared five special-edition models which can be ordered starting this Friday (June 24).

The first version is the 2017 Dodge Viper 1:28 Edition ACR. It has a red-and-black theme, the Extreme Aero package and the carbon-ceramic brakes. More than that it also comes with special 1:28 Edition badges. Production will be limited to 28 units.

The second special edition is the Viper GTS-R Commemorative Edition ACR. It pays tribute to the 1998 Viper GTS-R GT2 Championship Edition and has a Pearl White body with blue stripes. It also have the ACR’s Extreme Aero and Extreme Carbon packages. This version will be limited to 100 units.

Dodge will come with the Viper VooDoo II Edition ACR and with the special Viper Snakeskin Edition GTC.

Last but not least is the 2017 Dodge Viper Dealer Edition ACR. It’ll be sold only through the nation’s top-selling Viper dealers and has a white body color with a blue center stripe and some red accessories. Only 33 units will be made. 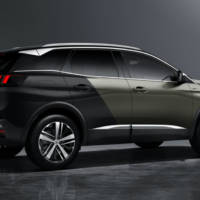 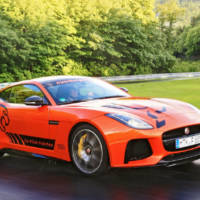