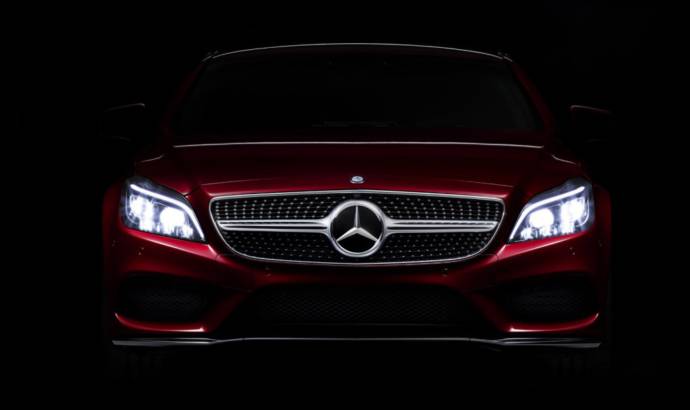 Mercedes-Benz announced the new 2015 Mercedes-Benz CLS-Class model will feature their new MULTIBEAM LED headlights.  The headlamp combines 24 individually controlled high-performance LEDs to enable precision control for the cars lighting without affecting other drivers.   The headlamps react more quickly to bends in road and traffic conditions.  The MULTIBEAM LED headlights expand upon Mercedes existing Intelligent Light System (Adaptive High Beam Assist).
A camera position behind the windshield feeds data to the four control units that adjust the light patterns 100 times per second.  Since this feature is camera based it can detect upcoming bends in the road and swivels the LEDs to light up the bend before the driver turns the wheel.   There is also a navigation based light function that activates side cornering light modules before roundabouts.
Federal laws in America prohibit active headlights with computer-controlled technology that cause darkening spots for oncoming cars or brightened spots for the driver.  So similar to Audi’s Matrix LED headlights, the MUTLIBEAM LED headlights are unlikely to be offered on 2015 CLS-Class models sold in the U.S.  However, the photos show the new CLS-Class headlamps and reveal the new grille and bumper. 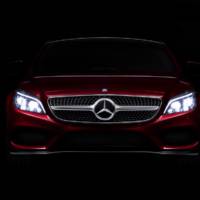 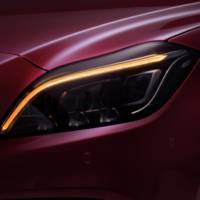 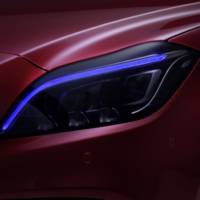 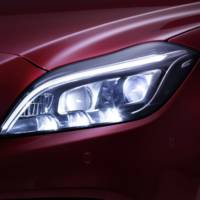 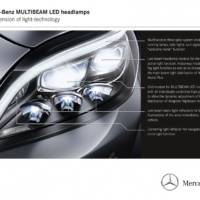 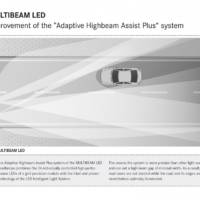 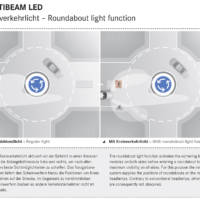 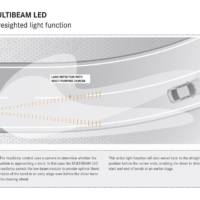 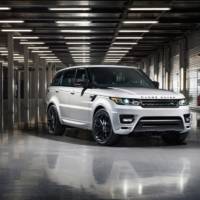 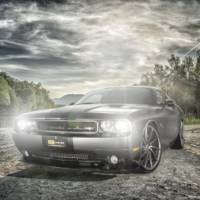