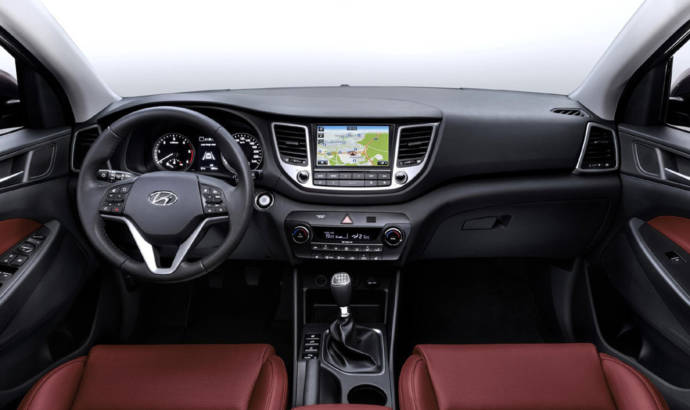 After it killed the Tucson name and introduced the ix35 in Europe, Hyundai returns to what it first abandoned. The replacement of the ix35 is called Tucson again, in a strategy that might confuse the public. Even so, the new generation Tucson, set to compete with the new Renault Kadjar and the current Volkswagen Tiguan or Nissan`s best-seller Qashqai was officially unveiled during Geneva Motor Show.

The front is dominated by the Hyundai signature hexagonal front grille, which connects with the LED headlamps. A wing-shaped horizontal bar at the front bumper now incorporates the LED daytime running lights. The rear has a clean design with horizontal lines that flow from the rear wheel arches and which are accented by slim tail lights.

Inside the car simplicity of the centre console is underlined by its horizontal orientation, the front seats feature long seat cushions and can be ordered with heating, ventilation, and powered adjustment. Heated rear seats with reclining backrests will be available and new air-vents will bring extra comfort to rear seats occupants.

The centre-stack is fitted with a non-reflective 8-inch display screen for the new generation navigation system, which is over three times faster than the previous version fitted in Hyundai cars. A new DAB+ radio with 6 audio speakers is also available. Additional connectivity is provided through USB and AUX connections in the centre stack.

After its public debut at the 2015 Geneva Motor Show, the new Tucson will go on sale in Europe during the second half of 2015. 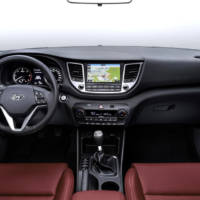 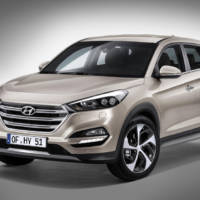 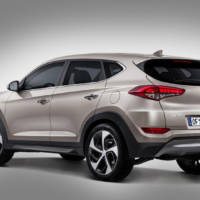 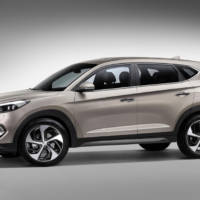 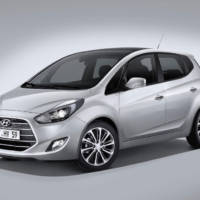 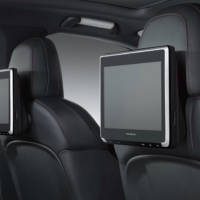