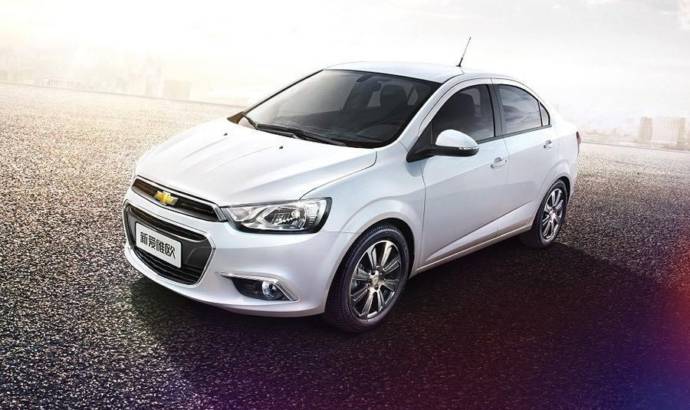 Chevrolet unveiled the 2015 Aveo facelift, ready for the Chinese market. The styling changes will be used also by the European and US version.
The small car is already selling well across the Ocean, where it is called Sonic, and also has a performance version.
As you would expect, the Aveo facelift borrows the syling cues of tis bigger brother, the Cruze facelift, also introduced for the Chinese market.
The car comes with a new front end, with on-block headlights, LED daylight and new bumper. The back addopts new taillights and a fake diffuser, while the profile is individualised with freshly designed alloy wheels. The engine range will continue, production being ensured by Shanghai General Motors joint-venture.
The price will remain the same, ranged between 81,800 yuan to 114,800 yuan. First deliveries will start next month, while the hatchback version will reach market soon after, probably in the middle of the summer (July). 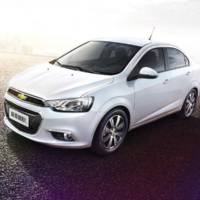 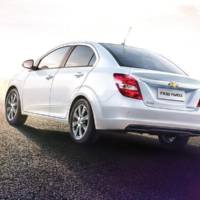 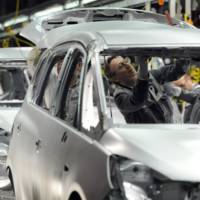 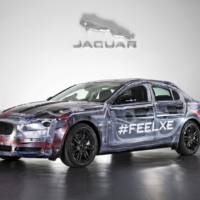