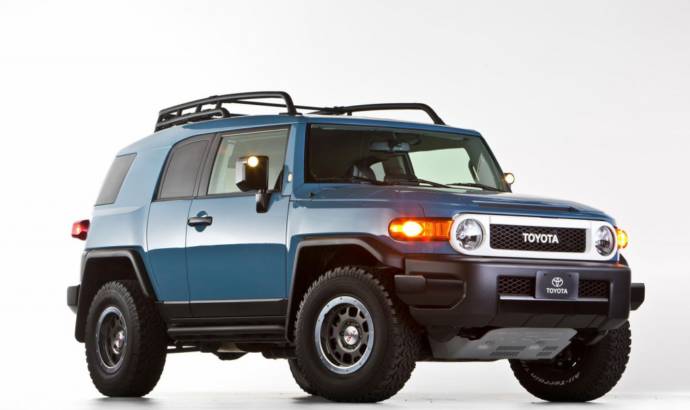 The 2014 Trail Teams Ultimate Edition is a commemorative final special edition of the FJ Cruiser. It is the toughest and most capable FJ ever and pays tribute to the iconic vehicle that will end its production run at the conclusion of the 2014 model year. With limited production, only 2,500 will be built.

The FJ Ultimate Edition pays tribute to the iconic Land Cruiser FJ40 of the 1960’s, from which the FJ Cruiser draws its rugged DNA, inspiration and design. A unique white painted front grille surround and newly developed “Heritage Blue” paint are reminiscent of the classic FJ40.

Designed and built for rugged off-roading, the Ultimate Edition raises the bar one more time for off-road capability with all new performance upgrades. A race-inspired Toyota Racing Development (TRD) off-road suspension was developed and meticulously tuned for the Ultimate Edition. The new suspension includes TRD Bilstein race shocks with increased damping, articulation and high speed stability. The front shock assemblies are 66mm with new TRD race coil springs, which raise the front of the FJ just enough to level out the stance and improve the approach angle. The rear shocks are 50mm and are equipped with remote reservoirs to decrease damping fade.

Chiseled from nearly a half-century tradition of tough off-road performance provided by the legendary FJ40, the original 4Runner, and 4×4 compact pickups, the FJ Cruiser was developed as a basic, capable and affordable off-roader aimed specifically at serious off-roaders looking to push the limits. Hailed by consumers and critics alike, the FJ Cruiser became an instant classic.

The final model year 2014 FJ Cruiser is on sale now. The Trail Teams Ultimate Edition is scheduled to roll into dealerships in February 2014, kicking off a fond farewell to a Toyota original.

With sales of more than 200,000 units sold since 2006, the FJ rides into the sunset leaving lasting memories of one of the most iconic vehicles in Toyota’s rich SUV history. 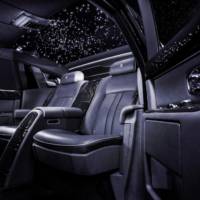 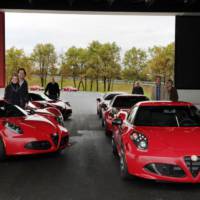