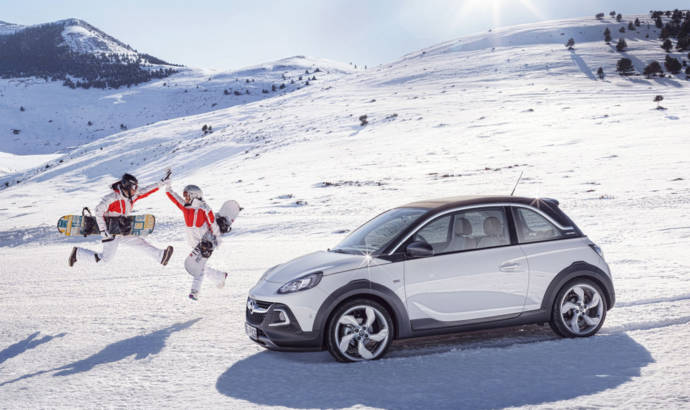 Opel has unveiled today the first official pictures and details with the production version of the Adam Rocks crossover.

Compared with other members of the ADAM family, ROCKS is taller, wider and tougher in appearance, while also offering a full-length electric folding canvas roof. ADAM ROCKS’ new crossover body style is supported by a chassis that is raised 15mm with a wider stance. Agile parkour athletes, who move from one place to another, negotiating urban obstacles in between, were the inspiration for this sporty crossover concept.

Protective, anthracite-colored cladding is wrapped tightly around the ADAM ROCKS, giving it a tough, muscular look. The front trapezoidal grille, with a chrome central brand bar, is embedded in the cladding, while contrasting, satin chrome ‘boomerang’ elements frame the front fog lamps/indicator housings and the reversing/fog lamps at the rear. An integrated rear roof spoiler and LED daytime running lights also come as standard. Silver skid plates front and rear and a bold chrome exhaust complete the exterior design.

The entire roof module is acoustically tuned for noise insulation inside the cabin, and the robust, three-layer fabric has a neoprene centre for weatherproofing and durability. The folding canvas roof is available in a choice of three exterior colors – Black, Sweet Coffee or Light Oak – that combine with the different roof colors of the ROCKS.
ROCKS’ cabin reverberates with its own distinctive character.

Two new, exclusive ROCKS interior trims have been designed. They include a main instrument cluster, seat and door panel colors and other trim elements – all unique to Vauxhall’s urban chic newcomer. One trim is taken directly from the ADAM ROCKS concept car revealed last year: it has elegant-sporty Peanut-colored fabric/Morrocana seats and door panels, leather steering wheel, gearshift and handbrake in the same color, and a “Surf” décor trim. The other features a sophisticated Coffee Bean design – rich dark brown seats in a black cabin trimmed with bright blue stitching.

ROCKS is the first model to feature Vauxhall’s all-new 1.0-litre ECOTEC Direct Injection Turbo three-cylinder engine. This high-tech pocket rocket raises the bar for three-cylinder engine refinement and packs up to 115PS, with impressive low-end torque of 166 Nm.
Contributing to the overall efficiency of the all-aluminum engine with a single scroll turbocharger include direct injection, variable valve timing, a switchable water pump and an integrated exhaust manifold. Fuel-saving Start/Stop technology is an integral part of the system and offered as standard. The new 1.0 ECOTEC comes with a choice of two power outputs, 90PS and 115PS.

Both versions of the new three-cylinder powerhouse are mated to an all-new six-speed manual gearbox with a compact package design. During its development, focus was on efficiency (thanks to reduced friction) and benchmark shifting: gear change is comfortable, precise and smooth.

The integration of Apple iOS devices into the system enables Siri Eyes Free voice control. This makes it possible for drivers to have incoming text messages read aloud and to dictate messages while they keep their eyes on the road and their hands on the steering wheel.

“ADAM ROCKS combines the toughness of a crossover with the coolness of open air driving,” said Stuart Harris, Vauxhall’s Head of Carline Brand. “It’s the perfect ADAM for active drivers wanting to stand out from the crowd."

ADAM ROCKS pricing will be announced when it goes on sale in the summer. Production is due to start in Eisenach, Germany in August. 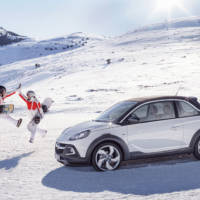 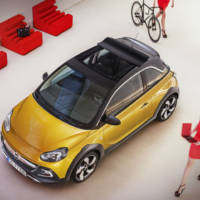 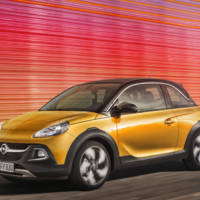 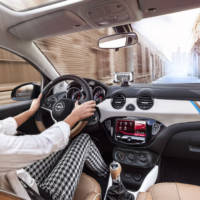 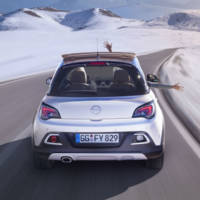 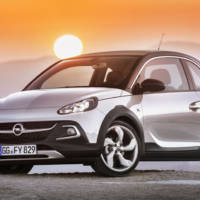 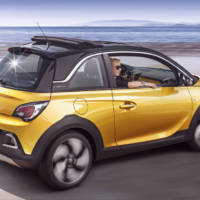 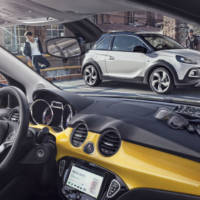 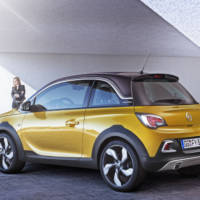 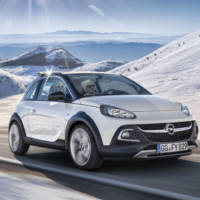 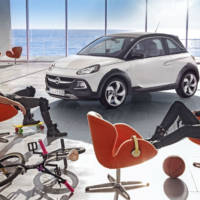 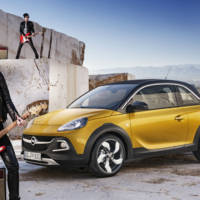 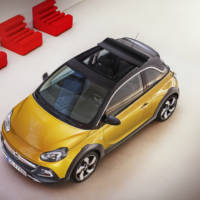 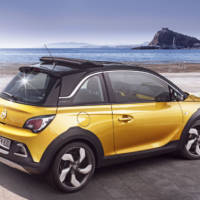 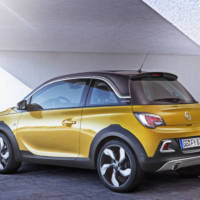 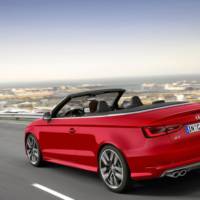 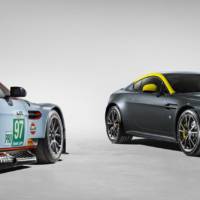