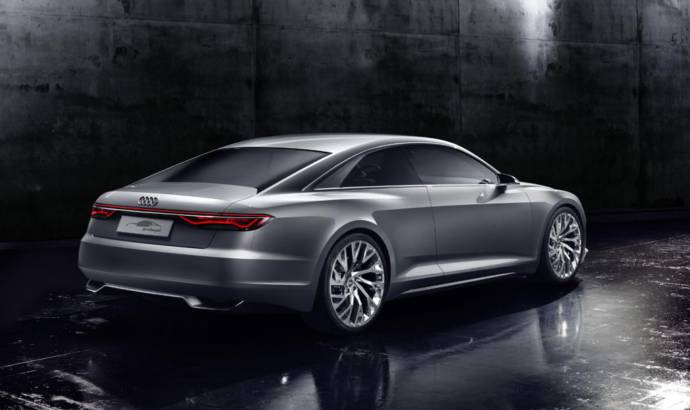 Audi has officially revealed the Prologue Concept at the 2014 Los Angeles Auto Show. The new German prototype was developed to preview the upcoming design philosophy and the future A9, a rival for the Mercedes-Benz S-Class Coupe.

The front part of the car is dominated by the single frame grille, which is flanked by massive headlights with Matrix technology. We are moving forward and see a sculpted hood and 22-inch alloy wheels. The rear end dominated by the taillights and by the protruding rear bumper.

Inside, the Audi Prologue Concept comes with four individual seats, a unique dashboard with aluminum and wood accessories. More than that, the cabin has a digital instrument cluster and numerous touchscreens for both driver and front passenger.

In addition, the concept comes with a special system that can recognize the driver thanks to its mobile phone. As a result, the car wil be able to adjust the seat, the radio and the climate.

Under the hood, the new Audi Prologue Concept comes with a twin-turbo V8 4.0 liter TFSI engine rated at 605 horsepower and 750 Nm peak of torque. The unit is matted to an eight-speed automatic transmission and helps the coupe to run from 0 to 100 km/h (62 mph) in 3.7 seconds. 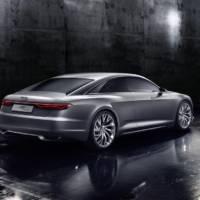 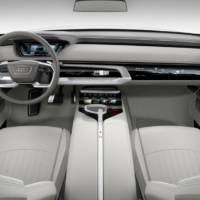 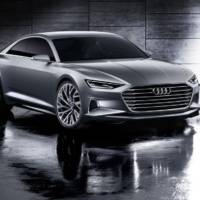 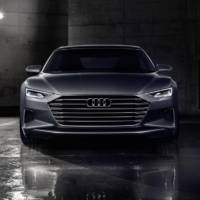 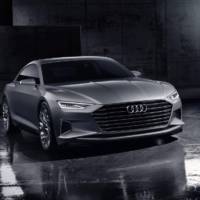 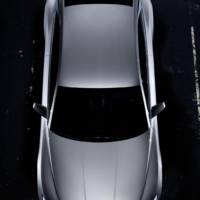 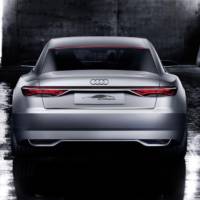 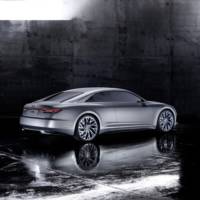 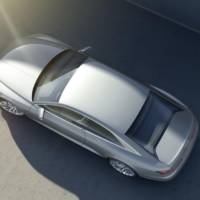 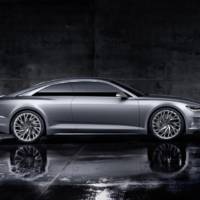 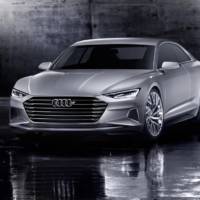 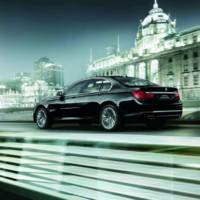 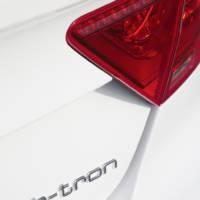