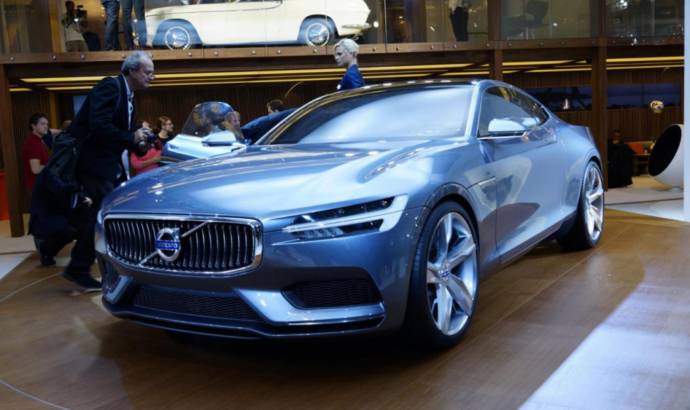 Today, the Swedish car maker Volvo has been officially revealed at the Frankfurt Motor Show the brand new 2013 Volvo Concept Coupe. According to the officials, the new prototype is previewing the upcoming Swedish design philosophy. The elegant new Volvo Concept Coupe is the first of a series of three concept cars that reveal the design possibilities created by the company’s new Scalable Product Architecture (SPA).

A low bonnet, roof, and the five-spoke, 21-inch wheels also contribute to the impression of an elegant Gran Tourer oozing effortless power. The confident stance is emphasized by a beltline that spans an elegant bow along the whole car. The Concept Coupé also features elements that echo the design of the Volvo P1800 from the 1960s.

The blue-grey exterior is echoed on the inside of the Volvo Concept Coupé. Refined, handcrafted elements such as the leather instrument panel, inlays made of naturally aged wood and the dark blue woven carpets are blended with beautifully machined metal details.

The concept car also includes a totally new approach to Volvo Cars’ human-centric user experience. A large portrait touch-screen in the centre console interacts with an adaptive digital display and head-up display in front of the driver.

The Scalable Product Architecture is also being prepared for completely autonomous driving. The first features with autonomous steering to avoid accidents and make driving more comfortable will be introduced in 2014 – and Volvo Cars’ aim is to have cars with fully autonomous technology out on the roads before 2020.

The concept car features a two-liter high-performance Drive-E petrol engine with a supercharger and turbo. The petrol engine is teamed with an electric motor on the rear axle. This gives Volvo Concept Coupé a total output of around 400 hp and over 600 Nm of torque. 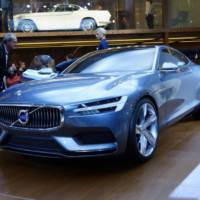 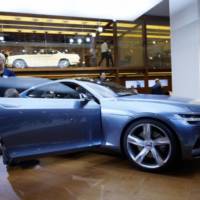 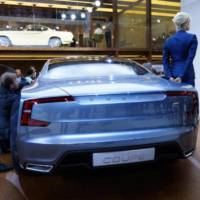 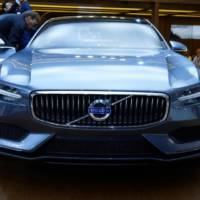 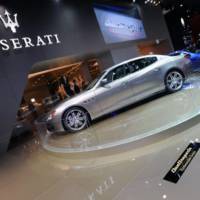 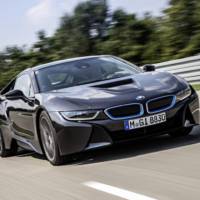