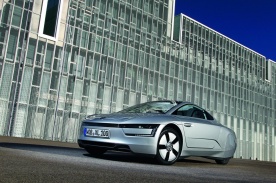 Volkswagen has announced today the XL1 price. The plug-in hybrid lightweight model will start from 110.000 Euros in Germany.

As a reminder, the XL1 is having a fuel consumption figure of 0.9 liter per 100 kilometers and CO2 emissions of 20 grams per kilogram.

Under the hood of the Volkswagen XL1 is a two cylinder TDI engine outputting 48 horsepower which works together with a 27 horsepower electric power plant. The latter is kept alive by a 5.5 kWh lithium-ion battery.

The 2013 Volkswagen XL1 model will be limited to only 200 units. It is hand built from CFRP (carbon fiber reinforced plastic) and will have a total weight of just 790 kilograms. Under these conditions, the2013 XL1 is able to run from stand still to 100 km/h in 12.7 seconds, while the top speed is clocked at 162 km/h.

In full electric mode, the Volkswagen XL1 is having a range of up to 50 kilometers. 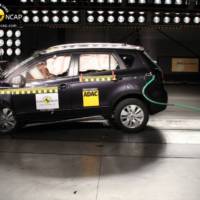 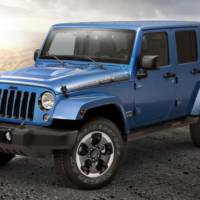