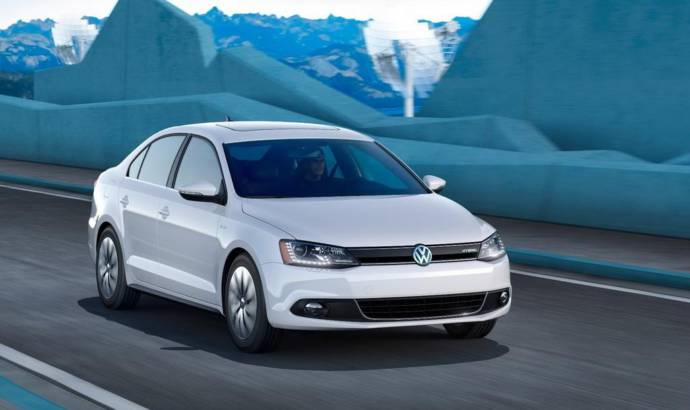 The new Jetta Hybrid was officially unveiled the the German car maker at the NAIAS in Detroit today.
The car comes with a high-tech 1.4-litre TSI 150 PS petrol engine and a 20 kW electric motor which deliver a combined output of 170 PS and 250 Nm (184 lb-ft) of torque to the front wheels via a 7-speed DSG gearbox. This architecture enables the 2013 Volkswagen Jetta Hybrid to return fuel consumption figures which are 20 percent lower than what the equivalent petrol powered models return, and we are talking about 45 mpg (US rating) or 54 mpg (UK rating).
The Jetta Hybrid sprints from 0 to 60 mph in less than 9 seconds and when the petrol motor in disengaged the car can be driven at speeds of up to 44 mph (77 Km/h) for up to 1.3 miles depending on conditions.
Its electric motor is backed by a lithium-ion battery located behind the rear seat bench. This battery is made of 60 individual cells and has energy capacity of 1.1 kWh. It weights 38.5 Kg and it features a cooling fan operated by its own management system.
The Hybrid Jetta tips the scale at less than 1,500 Kg (100 Kg more than the regular Jetta), and according to the company, when the battery charge level is up, the vehicle could switch to electric mode automatically (at speeds of up to 60 Km/h ot 37 mph) or by the push of a button located next to the hear lever (up to 70 Km/h or 44 mph).
Compared to the non-hybrid Jetta, this new version features a series of external changes such as a new front spoiler, a rear diffuser and a rer spoiler that help lower the overall drag coefficient by around 10 percent, plus the car features new LED headlights, LED taillights and unique 15 inch alloy wheels wrapped in lower rolling resistance tires.
Standard equipment on the US spec Jetta Hybrid will include a 2Zone climate control system a ‘Premium 8’ sound system, Bluetooth phone integration, MDI interface
for iPod connectivity and a leather-wrapped multifunction steering
wheel.
The Volkswagen Jetta Hybrid will go on sale in the US in November while the automaker has no plans of selling this model in the UK. 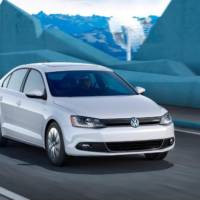 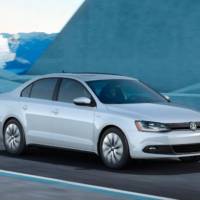 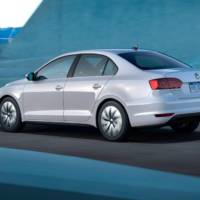 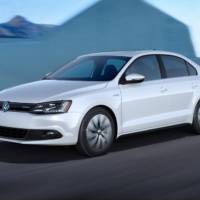 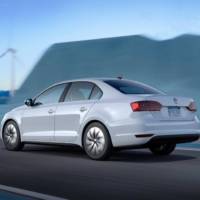 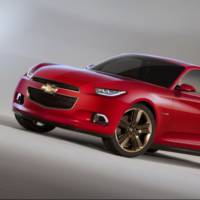 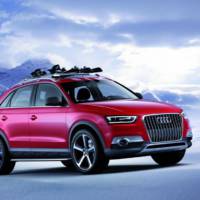