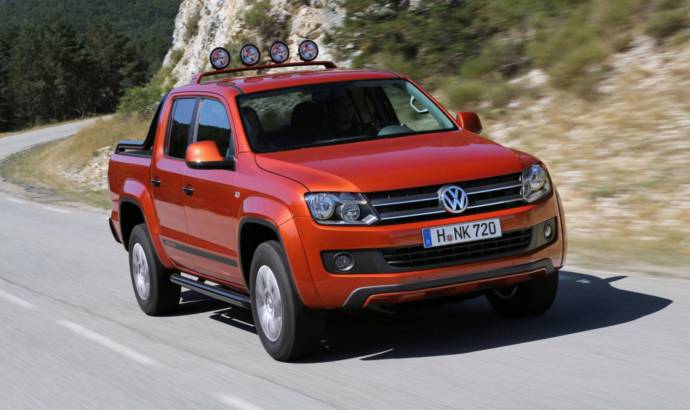 Created for the people who enjoy outdoor sports and activities, the new Volkswagen Amarok Canyon is just another special edition of the german pick-up.

Showcased at this years Hanover Commercial Show, the new special edition is based on Trendline version of the car, on which the designers added 17 inch Roca alloy wheels fitted with 245/70 R17 AT tyres, styling bars, gloss black accents, a cargo cover, tinted taillights and an exclusive paint scheme, called Cooper Orange.

Canyon logo is featured all over the body to let you know that you have a special edition in front of you. The roof lamp bar with four extra headlights is available as an option as the three more colors named Reflex Silver, Natural Grey and Sand Beige.

Inside the cabin, Canyon receives a customized interior with a special color scheme. There is a two-tone partial leather seats, contrast stitching and matte chrome accents.

The Amarok Canyon is available with two TDI engines along with the permanent or on-demand four-wheel drive 4MOTION. The car will go on sale in Europe early next year. 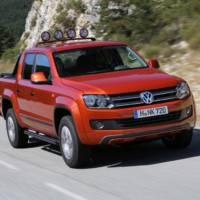 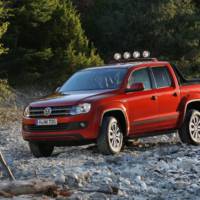 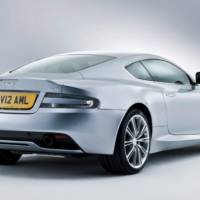 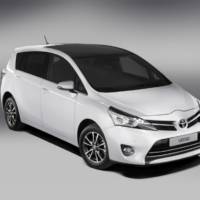