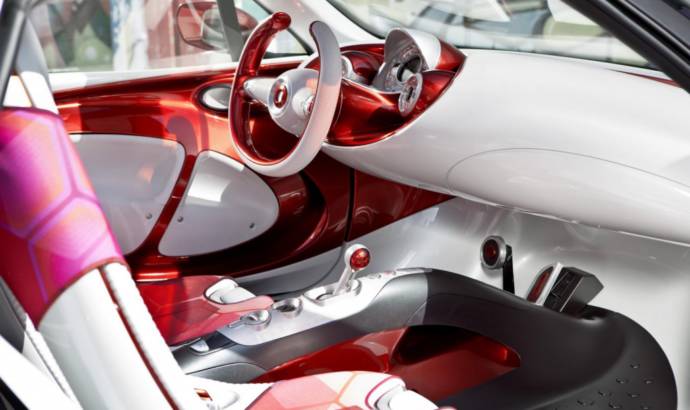 In a recent statement, Mercedes announced that a new Smart concept vehicle will make its debut at the 2012 Paris Motor Show. Known as Forstarts, the future concept is an EV, described as being a Sports Utility Coupe (SUC) which can offer room for two people and a lot of stowage space.

Annette Winkler, Smart’s boss, says that ”The Smart is Europe’s most inexpensive series-produced electric car. Not only is it emission-free and fast, it is also possible to conveniently set the perfect interior temperature in advance with a smartphone, and it is simple to charge at a domestic socket. What’s more, with its powerful battery and integrated projector the smart forstars can transform any grey backyard into an animated open-air cinema.”

You’ve got that right. Thanks to its glass roof and a video projector integrated in the hood, Forstars “enables the work on film stars to be spontaneously shared with friends at any time.”

Only 3550 mm long, 1710mm wide and 1505mm tall, with a 2470mm wheelbase (603mm longer than the fortwo), Forstars concept it is based on the same on the same powertrain of Smart ForTwo Brabus Electric Drive. 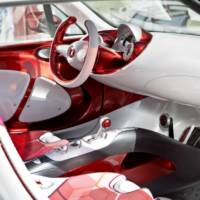 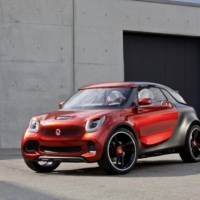 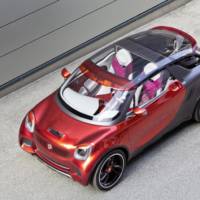 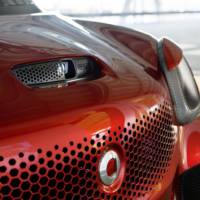 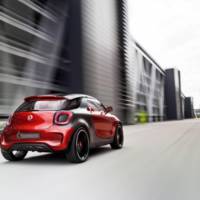 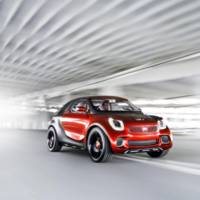 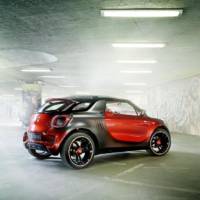 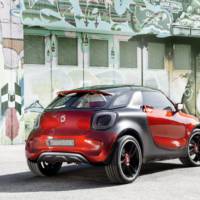 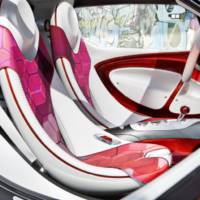 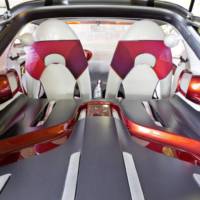 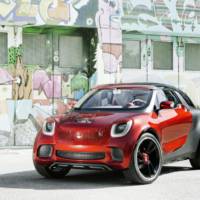 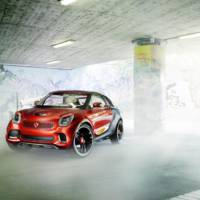 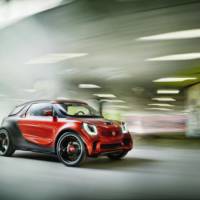 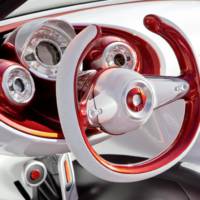 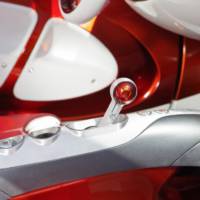 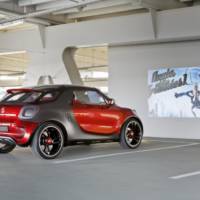 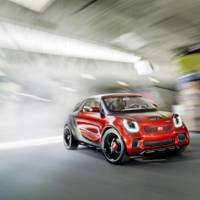 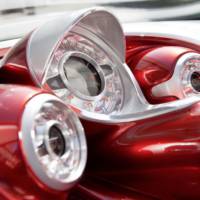 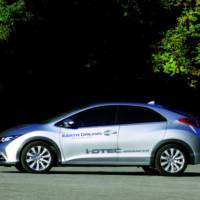 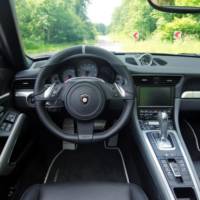