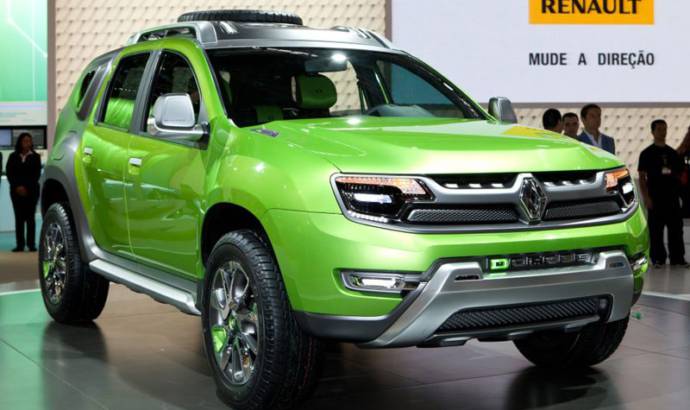 Renault is marking its presence at this year Sao Paolo Motor Show with the DCross Concept, based on the current Dacia Duster.

The Romanian SUV, sold in Brazil under the Renault logo, was declined in a more rough and ready for off-road version. Aimed primarily at the Brazilian market, the DCross has also some potential to influence a production model in Europe.

Olivier Murguet, CEO for Renault Brazilia, declared: “In Brazil customers love the rough image of the Duster, so this takes that to the maximum. It’s been 100 per cent developed by Brazilian designers in our studio here in Sao Paulo.”

The new DCross concept could give birth to a new range-topping model. The concept wasn’t build just to draw attention, as its creators say. Same Olivier Murguet stated: "We never do anything without having a good idea of where we’re going. This is a vision of the future".

The concept showcased at Sao Paolo has a green finished bodywork, and heavy body cladding for protection, along a spare wheel, mounted on the roof. 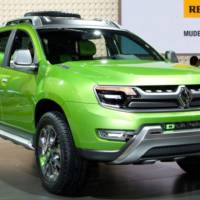 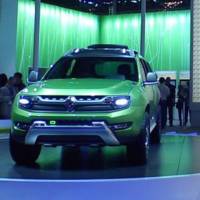 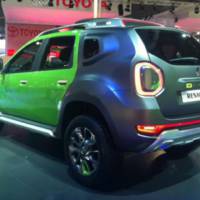 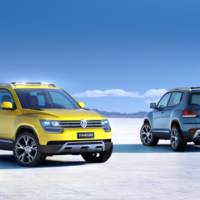 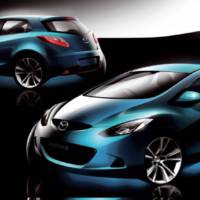 NEXT 22 Oct 2012
Mazda1 could be a future rival for the current Volkswagen Up!