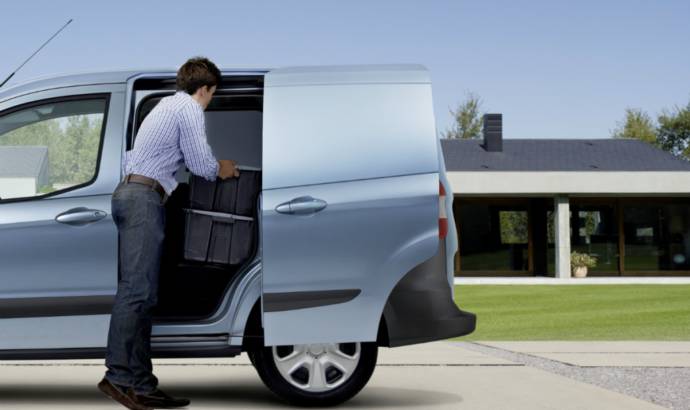 Offering class-leading loadspace, running costs and safety
features, the Transit Courier is the smallest member of the
all-new Transit range, and joins the Transit Connect, Transit
Custom and Transit in the most comprehensive ever line-up of
Transit vehicles.
The all-new Transit Courier marks a significant development for
the Transit range, expanding the nameplate into the compact van
segment for the first time.
Based on Ford’s global B-segment platform, the Transit Courier
delivers class-leading load volume of 2.3m3(SAE) with standard
full bulkhead within an overall length of 4.16 metres, and offers
the agile handling and manoeuvrability of a compact vehicle.
With a generous load volume and maximum payload capacity of
660kg, the Transit Courier can accommodate a wide variety of
cargo and equipment, including a standard Euro pallet.
The Transit Courier will be available with highly-efficient
diesel and petrol engines that target best-in-class fuel economy,
and offer Auto-Start-Stop on all units. Customers can choose
between the Dagenham-built 1.5-litre 75PS and 1.6-litre 95PS
Duratorq TDCi diesel engines, and the remarkable 1.0-litre 100PS
EcoBoost petrol engine, the “International Engine of the Year”
2012.

The Transit Courier goes on sale in spring 2014, when all four
new Transit models will be available in European showrooms. 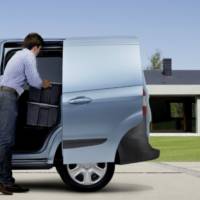 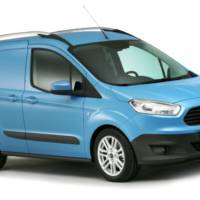 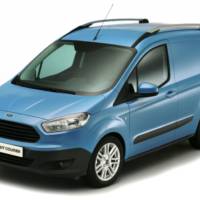 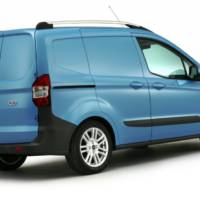 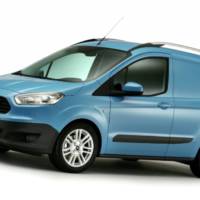 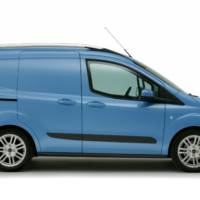 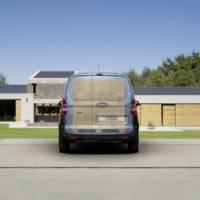 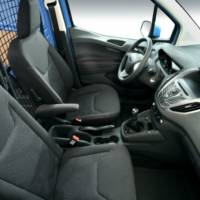 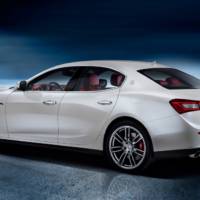 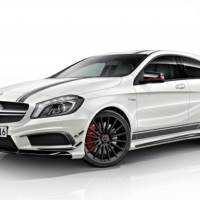