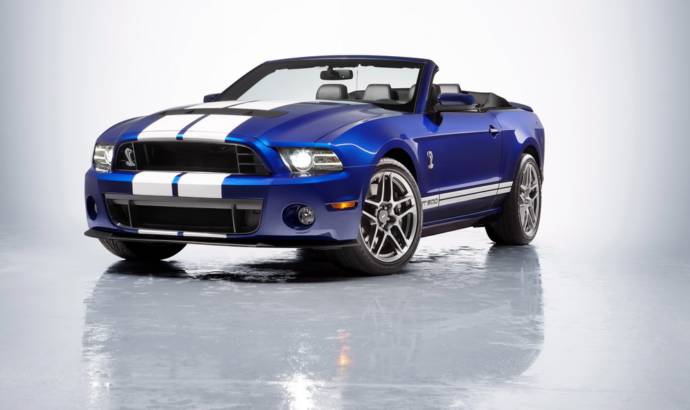 The Blue Oval has presented the hard top version 2013 Shelby GT500 at the LA Auto Show last year, and now they are using this year’s edition Chicago Auto Show (which will open it’s doors to the general public on February 10th) to debut the Convertible variant.
The American automaker says the 2013 Ford Shelby GT500 Convertible is marking the company’s Special Vehicles Team’s (SVT) 20th anniversary, so in order to honor that, the car will be equipped with a commemorative lighted sill plate.
The new Shelby GT500 Convertible uses the same 5.8-litre V8 as the hard top model, which means the power level reaches 650 HP and 600 lb-ft of torque. The car comes equipped with Bilstein electronic adjustable dampers and a new Brembo brake system, and wen fitted with the optional Performance Package, Ford claims the GT500 Convertible becomes 3.5 seconds faster around the Sebring International Raceway than the outgoing model.
Kerry Baldori, SVT Global Performance Vehicles chief engineer said "The Shelby GT500 convertible is every bit the performer that the coupe is," "All of the significant changes we made in the program were instrumental
in delivering a convertible that could really shine on the track but can
still be driven on a daily basis."
The Performance Package mentioned above can be upgraded to a Track Package, and this basically means the 2013 Ford Shelby GT500 Convertible will be fitted with an external engine oil cooler, rear differential cooler and transmission cooler for extra durability. 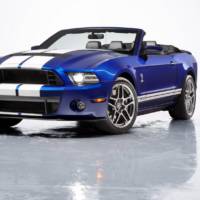 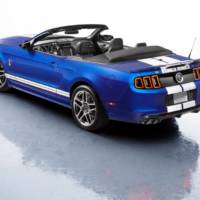 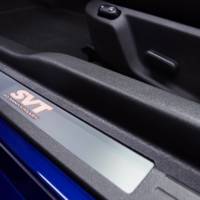 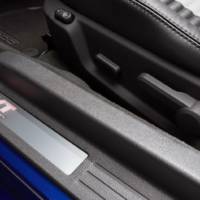 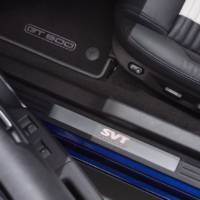 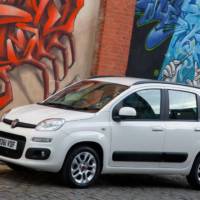 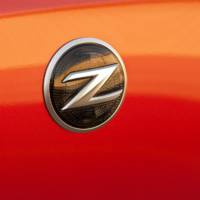