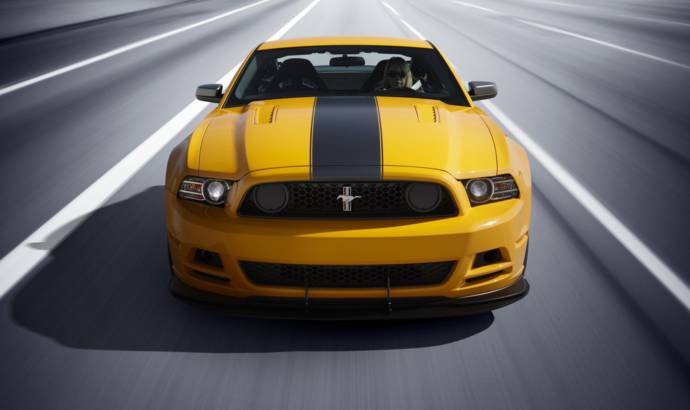 A second model waiting to be unveiled by Ford at the Los Angeles Auto Show this week is the 2013 Mustang Boss 302, a car that continues to pay homage to the original version from the 70s.
This time the car comes with a reflective hockey stick graphics package and School Bus Yellow paint as well as Steerling Gray accents on the Boss Laguna Seca version.
The 2013 Ford Mustang Boss 302 has also received a slightly revised front fascia through the addition of a more prominent grille, a new splitter, functional hood exctractors and new HID headlamps with LED surround taillights.
Additionally the 2013 Boss comes with removable grill covers which should help in colling the engine better on track days plus 19 inch black alloy racing wheels wrapped in Pirelli PZero summer tires size 255/40ZR-19 at the front and 285/35ZR-19 at the rear.
The power levels on the 2013 Ford Mustang Boss 302 reach 444 HP and 380 lb-ft of torque, which get sent to the rear via a close-ratio 6-speed manual gearbox in connection with a race-inspired clutch.
Dealership availability for the 2013 Ford Mustang Boss 302 should start early in 2012, so pricing will be announced as we get closer to the on sale date. 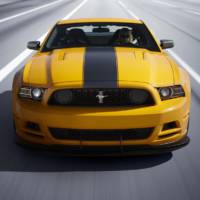 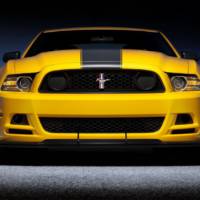 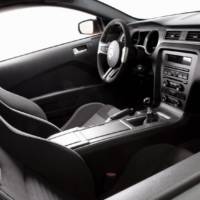 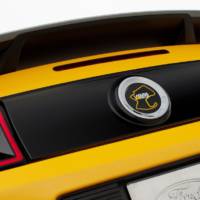 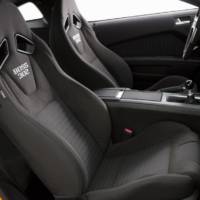 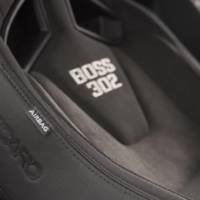 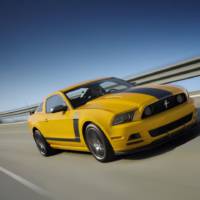 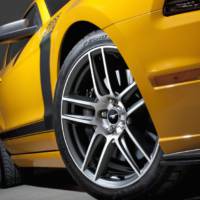 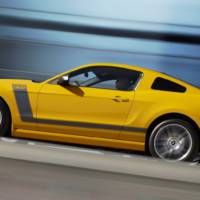 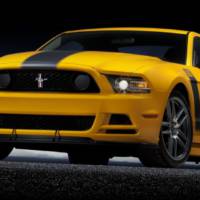 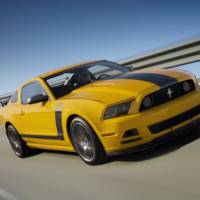 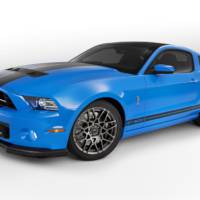 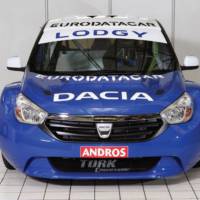