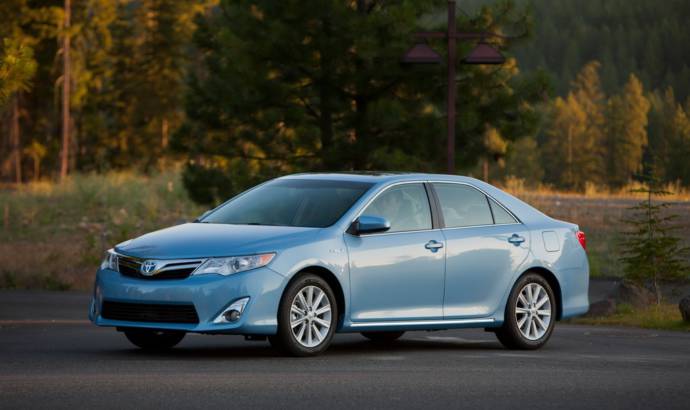 The new 2012 Toyota Camry Hybrid is now available at dealerships across the US, so the automaker released a statement through which it announced its pricing and the list of items that are offered as standard.
The 2012 Toyota Camry Hybrid price starts at 25,900 USD for the LE version and at 27,400 USD for the XLE, and the car is equipped with an updated version the the Hybrid
Synergy Drive powertrain comprising of a 2.5-litre 4-cylinder engine and an electric motor.
The car’s total output is 200 HP and its efficiency figures are 43 mpg in the city and 39 mpg on the highway (41 mpg combined). Apart from reduced vehicle weight and improved aerodynamics, the car’s regenerative braking feature also plays a major role in achieving the above specified figures, which are higher than the ones provided by the Hybrid versions Hyundai Sonata, Kia Optima and Ford Fusion.
The range opening version, the 2012 Toyota Camry Hybrid LE comes with 10 airbags, projector beam headlamps,
dual-zone auto A/C, Smart Key System with push button start, steering
wheel with audio and Blue Logic controls, and two-tone fabric seats as standard.
On the XLE variant the automaker also offers a 6.1 inch touch screen display as part of the infotainment and navigation system, 17 inch alloy wheels and chrome surround fog lamps.
If compared to the 2011 model, the 2012 Toyota Camry Hybrid LE is now 1,150 USD cheaper while the XLE version costs 800 USD less than before. 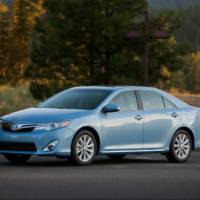 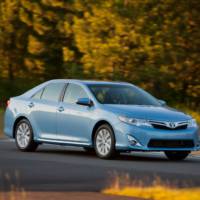 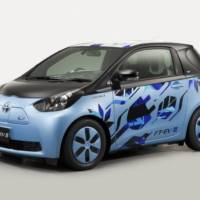 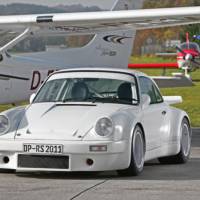