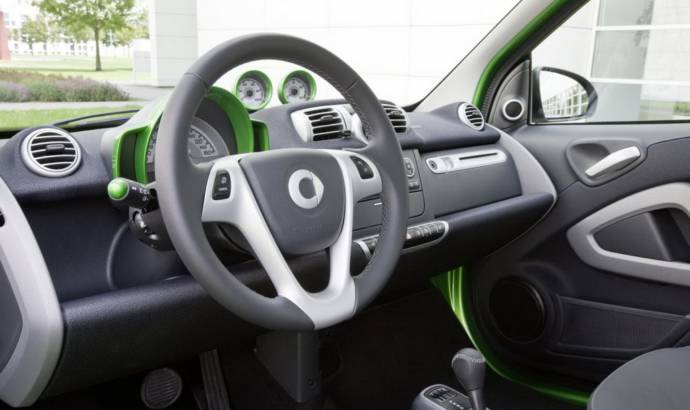 Smart is presenting its third generation 2012 Fortwo Electric Drive and its new ebike before their official premiere at next month’s Frankfurt Motor Show in Germany.
The 2012 Smart Fortwo Electric Drive is powered by a  55 kW / 74 HP electric motor and a 17.6 kWh unit which replaces the old battery pack from the previous generation, and as a result performance has improved in all areas. To be more exact, the 2012 Fortwo ED is able to go from nought to 60 mph in less than 13 seconds, can hit a top speed of 74.6 mph and has a driving range of 86 miles (up from 83 miles).
The 2012 Smart Fortwo Electric Drive will go on sale next spring with pricing expected to be announced at a later time.
As for the Smart ebike, customers will also be able to get their hands on one of them in spring 2012, after the 2,900 Euro price tag will be paid.
The Smart ebike generates propulsion through a 250 Watt/rear wheel mounted electric motor which links to a 400 Watt battery placed in the center of the frame. 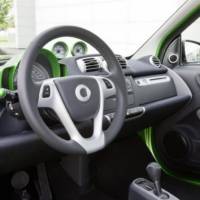 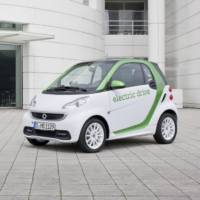 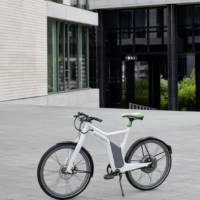 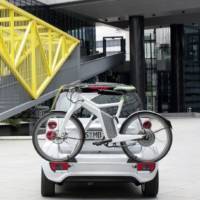 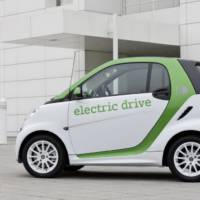 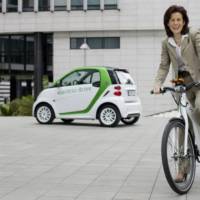 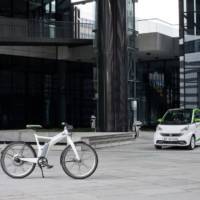 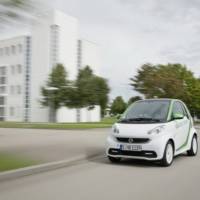 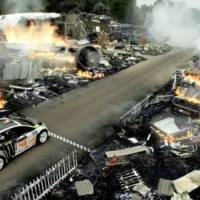 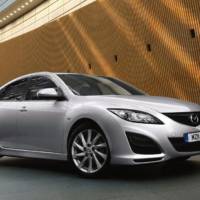