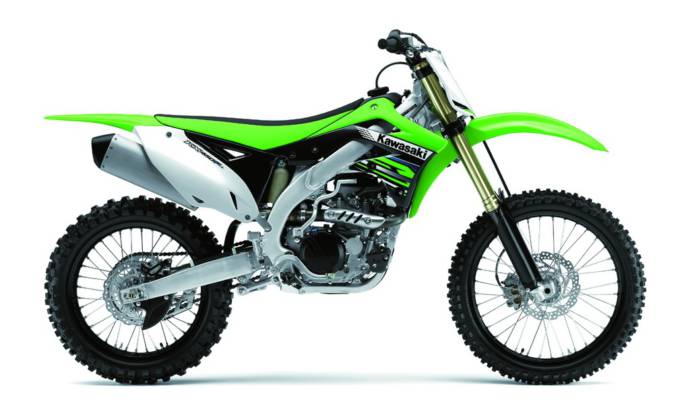 Kawasaki has released more details regarding the 2012 season KX250F and KX450F bikes, which are the first motocross machines to ever make use of dual injectors.
Designed to take their off-road capabilities even further, the 2012 Kawasaki KX250F and KX450F come with improved handling and a more composed suspension. The manufacturer explains that the dual injector set up uses a downstream injector to ensure instant response while the upstream injector is tasked with providing power as the rpm and throttle position increase. The transition between the two is almost instantaneous.
On the 2012 Kawasaki KX250F a second innovation is represented by the Separate
Function front Fork (SFF) which separates damping and shock absorption in order to deliver smooth operating action and firm damping performance. The KX250F features a new progressive throttle link as well and has also received upgrades to the Uni-Trak rear
suspension.
As for the 2012 KX450F, this is the first ever motor cross bike to use launch control in order to reduce rear wheel spin, plus this open class bike now features three switchable maps
for standard, hard and soft conditions which can be modified via the KX Fi calibration kit.
The 2012 Kawasaki KX450F has also received a four
position adjustable handlebar and two options for foot rest position.
"Put simply the 2012 KX250F has been created to take the MX2 class to
a new and more rewarding level for both expert and enthusiast riders.
Such genuine innovations as the first use dual injectors, a factory race
developed bridge bottom piston and the new, progressive throttle link,
will surely keep the next incarnation of the KX250F at the front of the
pack." – Sales and
Marketing Manager for Kawasaki Motors UK, Michael Johnstone. 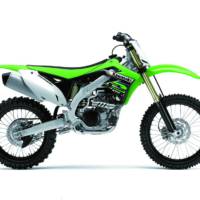 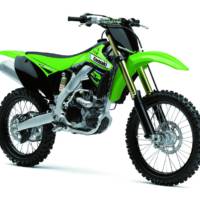 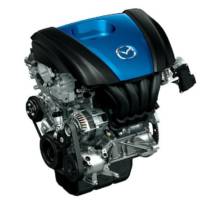 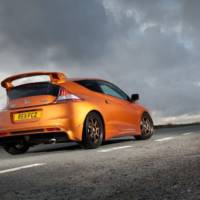