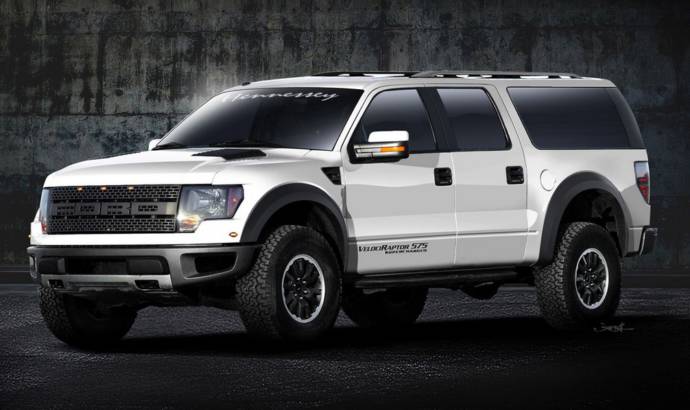 The Texas based tuner is introducing the Hennessey Armored Performance Vehicles (APV) program which applies the company’s performance, handling and braking optimisation knowledge on the latest armored vehicles.
So the latest project that received this kind of treatment is called the 2012 Hennessey VelociRaptor APV which is based on the Ford Raptor Super Crew, and which will offer armor protection combined with comfort and performance.
The 2012 Hennessey VelociRaptor APV is powered by a 6.2-litre V8 that spits out 575 HP and for the interior the tuner mentioned seating configurations for 6, 7 and 8 seats.
The 2012 Hennessey VelociRaptor APV also comes with electronic upgrades like Satellite TV, high-speed Internet,
entertainment systems and mobile office systems.
The 2012 Hennessey VelociRaptor APV price is available upon request.
Hennessey press release :
SEALY, TEXAS – Having a vehicle that can safely and quickly get you out
of harm’s way is just as important as having armored protection.
Introducing Hennessey Armored Performance Vehicles (APV) ™. Hennessey
APV ™will apply the company’s go-fast know-how to help improve the
acceleration, braking and handling performance on late-model armored
vehicles.
"Adding armor protection to SUV’s such as Chevy Suburbans and Cadillac
Escalades can easily increase vehicle weights from 6,000 lbs to over
10,000 lbs", said company founder and president, John Hennessey. "We are
excited to be able to apply our 20 years of high-performance experience
to the armor vehicle industry."
The company’s 2012 Hennessey VelociRaptor APV, based on the new Ford
Raptor Super Crew, will offer the ultimate combination of armor
protection, vehicle performance, passenger comfort and safety. Powered
by a supercharged 6.2L V8, the VelociRaptor APV will have the
performance capability to drive away from, through or over obstacles
both on the road as well as off-road.
"The VelociRaptor APV will showcase the highest level of protection, comfort and performance all in one vehicle," John states.
Hennessey Performance will also be offering a non-armored version of the
VelociRaptor APV which will offer off-road enthusiasts the same level
of utility and off-road capability that the Ford Raptor has become known
for. Hennessey will offer the VelociRaptor SUV with the same
supercharged 6.2L V8 producing 575 bhp. There will be seating options
for six, seven or eight seats. A full line of electronic upgrades will
also be available, including: Satellite TV, high-speed internet,
entertainment systems and mobile office systems.
Hennessey APV™ offers a complete line of high-performance upgrade
systems for the following the following armored vehicles, both for new
vehicles as well as ones that are already in service:
• Cadillac Escalade – 500 to 1000 hp
• Chevrolet Suburban – 500 to 1000 hp
• Chevrolet Truck – 500 to 1000 hp
• Ford Raptor Truck – 450 to 800 hp
• GMC Denali – 500 to 1000 hp
• Jeep – Up to 800 hp
• Land Rover – Up to 550 hp
• Lexus LX570 – Up to 500 hp
• Nissan Patrol – Up to 1000 hp
• Range Rover – Up to 550 hp
• Toyota Sequoia – Up to 650 hp
• Toyota Land Cruiser – Up to 650 hp 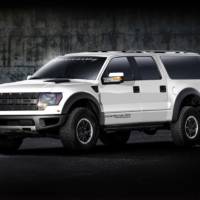 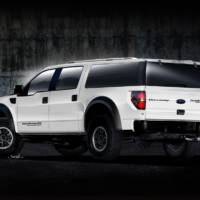 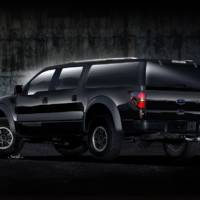 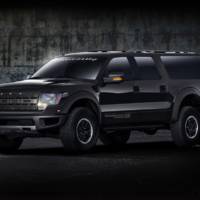 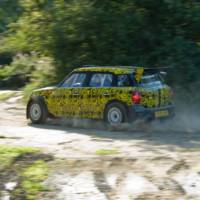 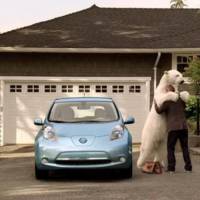