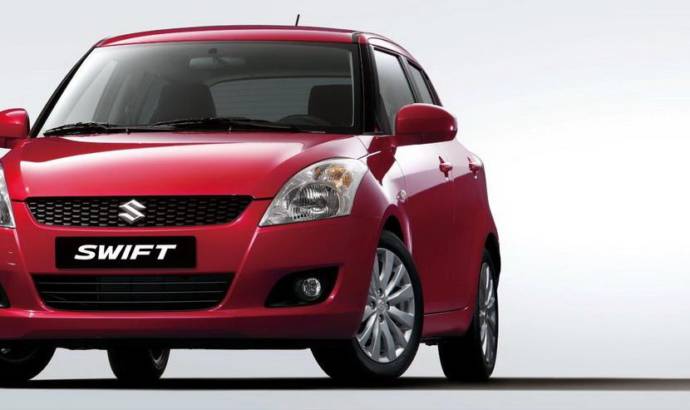 The first images along with initial details regarding the 2011 Suzuki Swift have been revealed. The 2011 Suzuki Swift is 3.85 m long, 1,69 m wide and 1,51 m height and under the hood a 1.2-litre petrol unit with Dual
VVT (Variable intake and exhaust valve timing) delivers 94PS @ 6,000 rpm and 118 Nm of torque @ 4,800 rpm.
This engine enables the 2011 Suzuki Swift to return 56.5 mpg (UK rating) and have CO2 emissions of 116 grams per Km, which means an improvement of 7.8 mpg while emitting with 24 grams of CO2 less per Km when compared to the outgoing model.
Next year, a 1.3-litre diesel powerplant will also become available for the 2011 Suzuki Swift which is expected to return 62.8 mpg and have CO2 emissions of 109g/Km.
The company said that more images along with the 2011 Suzuki Swift price will be revealed this summer.
Suzuki press release :
Suzuki is pleased to announce the first images and preliminary
information of the new, third generation Swift which goes on sale in the
UK in the Autumn.
Suzuki held the world premiere line off ceremony today for mass
production of the new car at its Magyar Suzuki Corporation production
facility at Esztergom, in Hungary.
The all-new Swift is positioned as Suzuki’s latest world strategic
model and makes strong developments in styling, impact safety, driving
performance, handling, improved fuel consumption and significantly lower
emissions.
Extensive use of higher strength steel makes the new bodyshell
lighter and stiffer than before as well as offering refinement in
underbody design. This latest body design has also helped improve impact
safety for pedestrians as well as occupants.
Increased track and larger diameter wheels with lower profile tyres
allow for even better handling than the already highly acclaimed
outgoing Swift that first went on sale in 2005.
The interior design now has a more dynamic feel, featuring black as
its keynote colour with accents of silver throughout the car.
New Swift has grown slightly in length (+90mm) with a 50mm increase
in wheelbase; full dimensions are as follows:

For the powertrain; a new 1.2-litre petrol engine incorporating Dual
VVT (Variable intake and exhaust valve timing) is utilised which
produces 94PS at 6,000rpm, slightly more than the outgoing 1.3-litre
unit. Torque is also improved to 118Nm at 4,800rpm.
Fuel consumption on the combined cycle is now 56.5mpg for the manual
transmission model, an improvement of 7.8mpg over the previous 1.3-litre
unit.
Emissions are much lower as well; the new 1.2-litre engine with
manual transmission produces just 116g/km on the combined cycle;
representing a 24g/km or 17 per cent improvement over the 1.3. An
optional automatic transmission will be available for the petrol engine
from launch.
A 1.3-litre diesel engine will also become available and planned for
UK introduction in early 2011; this engine emits 109g/km (down from
119g/km) and has an impressive combined fuel consumption of 67.3mpg, an
improvement on an already highly credible 62.8mpg from the outgoing
Swift DDiS. This Euro 5 engine has more precise engine management than
before with reduced levels of mechanical friction for smoother running
and flexibility.
A further selection of images will be available later this month and
details on full UK specification and pricing will be announced later in
the summer. 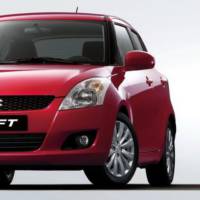 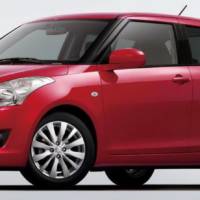 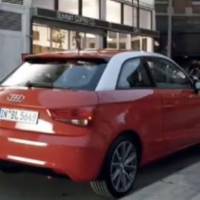 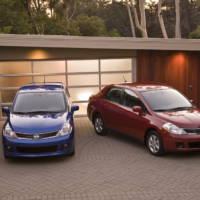