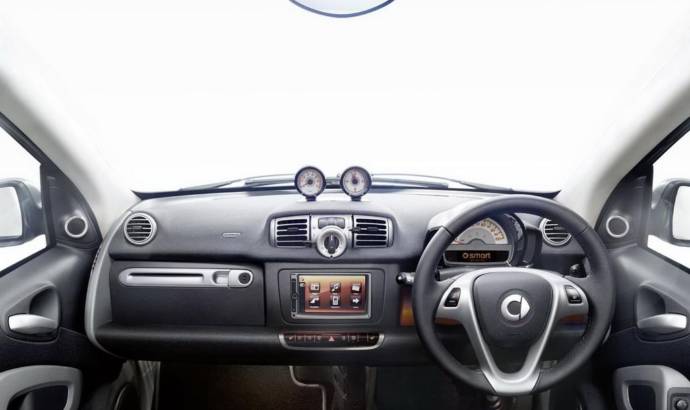 The 2011 Smart Fortwo price was just announced, as the facelift version is now on sale across UK. The 2011 Smart Fortwo price starts at 8,780 GBP and besides the visual upgrades, the car comes with upgraded equipment and lowered CO2 emissions.
The 2011 Smart Fortwo uses the same 71 bhp engine as the previous generation, for which CO2 emissions have been improved to 97 g/Km. On the Xclusive version CO2 levels are now 119 grams per Km, while output has been increased to 102 bhp. the 2011 Smart Fortwo Xclusive can sprint from 0 to 100 Km/h in 8.9 seconds.
For details regarding the 2011 Smart Fortwo equipment and technology upgrades check out the official press release below the jump.
Smart press release :
The striking new generation smart fortwo, priced from £8,780 on the road, is now on sale.
A host of enhancements ensure the new smart is even more appealing than its acclaimed predecessor, providing significant improvements in style, comfort, CO2 emissions and equipment.
The unmistakeable iconic looks of the smart are strengthened with the front and rear aprons, side skirts and filler cap now finished in body colour as standard. The pulse specification now benefits from new eye-catching 3-double-spoke alloy wheels and the Xclusive has stylish new Monoblock VII alloy wheels, while both pulse and passion can now be specified in the brighter shades of new light blue and matt light green colours.
In addition, the practicality of the coupé is heightened as it is now possible to open the car’s rear lower tailgate using just one of its two release levers rather than both as previously.
A new upper dashboard design is the most striking interior change and the harmonious styling of the full fabric-covered instrument panel, which houses restyled dials, complements the improved fabric and colour designs available for the cockpit, seats and door centre panels.
Adding to the sporty, dynamic look of the pulse are fabric seats with leather optic on the side bolsters and headrests. In common with the passion, the pulse also has eye-catching fabric elements in the instrument panel, door trim and knee pad that are colour co-ordinated to the upholstery. The passion line debuts a trio of new fabric patterns – design black, design red and design beige.
All models now benefit from extra storage in the shape of a new glovebox design and useful net pockets on seat side bolsters. Both trim lines receive new steering wheel designs too, a 3-spoke leather sports wheel with modified seam stitching for the pulse and a 2-spoke leather item with matt chrome bezel for the comfort-themed passion.
Enhanced technology is another feature of the new generation smart’s interior. The pulse model gains USB/iPod® connectivity and passion and Xclusive versions have the feature-packed smart high line audio and navigation system, which has a large 6.5” touchscreen display, RDS radio, Bluetooth®, auxiliary and USB ports, iPod® interface and CD/DVD/SD functionality.
The amazing performance of the smart high line audio and navigation system is core to the advertising campaign for the new generation smart, which emphasises the way owners can express themselves via their choice of music and the smart’s synergy with the city environment.
Via online adverts, users can search for any band or artist and the track of their choice is streamed through the banner. A unique visual of a city built in the style of a graphic equaliser reacts in time to the beat and users can ‘explore’ the shown city and listen to as many tracks as they like. They can also request a test drive or brochure direct from the advert. The smart will also feature in similarly-styled television and cinema adverts.
The new generation smart continues to use the same cutting-edge engines as its predecessor, with the popular 71bhp micro hybrid drive petrol unit fitted with softip transmission now emitting just 97g/km CO2 – an improvement of 6g/km. This development means the most popular petrol and diesel engines in the smart range now fall below 100g/km CO2. The emissions of the Xclusive are also lowered to 119g/km and a 7bhp increase sees the stunning flagship model now produce 102bhp and sprint from 0-62mph in 8.9 seconds – a whole second quicker than before. The whole smart range now emits less than 120g/km CO2, which makes all models exempt from the cost of the annual road fund licence for at least the first year from registration.
Gary Savage, Managing Director Mercedes-Benz Cars UK, said: ”The previous smart attracted a whole new generation of motorists to the brand when it was launched in 2007 and the advancements of the new model are destined to further broaden its appeal.
“The significant changes ensure that the new smart continues to be at the forefront of its sector when it comes to comfort, style and environmental-compatibility, yet do not detract from the car’s unique fun-to-drive nature that has captivated over 60,000 motorists since the smart was officially launched in the UK over 10 years ago.” 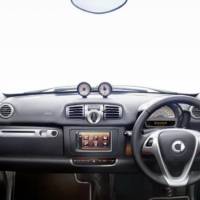 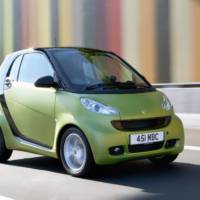 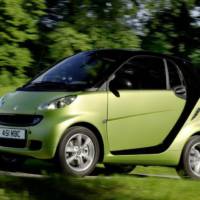 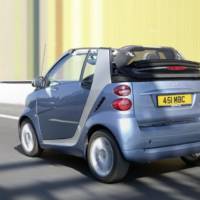 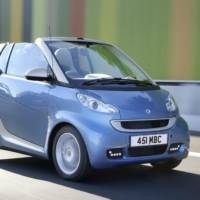 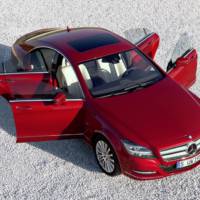 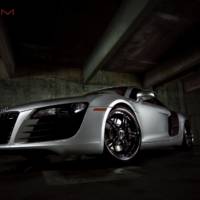