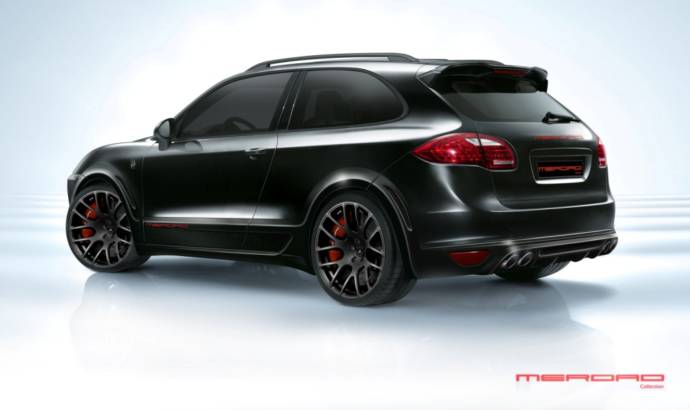 This coupe version 2011 Porsche Cayenne developed by Merdad will be present at this year’s MPH The Prestige & Performance Motor Show in London in November.
The 2011 Porsche Cayenne Coupe by Merdad will also be showcased along with the 5-door version, and as far as technological improvements, the two door SUV will be boosting from 550 to 750 HP. This will enable the 2011 Porsche Cayenne Coupe to sprint from 0 to 60 mph in just 4.4 seconds, however exact details of what hes been modified under the bonnet are still kept secret.
As you can see the 2011 Porsche Cayenne Coupe by Merdad will also features a new front bumper with lather air intakes and an additional chin spoiler, a small diffuser at the back, new side sills, and wider wheel arches.
The 2011 Porsche Cayenne Coupe by Merdad also features black, double spoke design rims.
Merdad press release :
If fine tuning, fast cars and fantastic feats of engineering are your
thing then MPH The Prestige & Performance Motor Show powered by
Shell V-Power featuring Top Gear Live show will be hitting all the right
notes for you as it has just been announced the grand unveiling of the
new 3 door Merdad Cayenne 902 Coupe and also the Merdad 5 door will take
place at the show.
In a world exclusive, the supercar, which has been technologically
improved by Britain’s best designers and engineers, will be revealed at
this year’s event, boasting a range of 550 − 750  BHP. The mean machine,
which can reach 0-60mph in 4.4 seconds, is packed full of exciting
additions and finely tuned extras, with the final details being kept a
closely guarded secret until its inauguration to the world of supercars
in London this November.
Founder and creator Merdad commented: “We are very proud that this
creation has brought together many British engineers and designers who
have contributed to bringing this fantastic beast to the table.
“We now feel the time is right to unveil the Merdad Cayenne 902 Coupe
and the Merdad 5 door to the world at MPH and are excited to see what
the visitors to the show think of its unique design and unbelievable
power will truly set the show and the rest of the world alight.”
Merdad’s re-tune of the Porsche Cayenne will be joining ranks with
some of the world’s most exclusive and exciting car names at MPH
including Aston Martin,Bentley, Caparo, Ferrari, Koenigsegg,
Lamborghini, Maserati, McLaren, Pagani, Porsche, Rolls-Royce and Spyker.
MPH The Prestige and Performance Motor Show powered by Shell V-Power
featuring Top Gear Live will take place at Earls Court from November 4-7th and the NEC in Birmingham between November 11-14th. 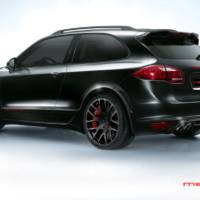 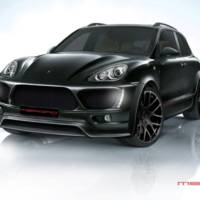 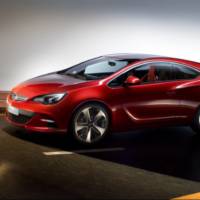 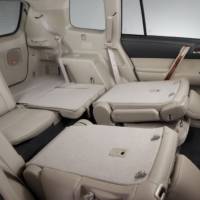