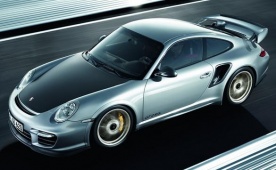 Porsche announced that the limited edition 2011 Porsche 911 GT2 RS is sold out.
If you didn’t get a chance to secure your order for one of the 500 exemplars 2011 Porsche 911 GT2 RS here is what you’ve missed : the German sports car extracts power from a 3.6-litre 6-cylinder engine that uses two turbochargers and delivers 620 horsepower and spins the rear wheels via a 6-speed manual transmission.
When accelerating from 0 to 100 Km/h the 2011 Porsche 911 GT2 RS needs only 3.5 seconds, and it can reach a top speed of 330 Km/h. Fuel consumption figures are of 11.9 l/100 Km with CO2 emissions of 284 g/Km, which is pretty impressive when you consider what this car can do in terms of performance.
Pricing for the 2011 Porsche 911 GT2 RS started at 199,500 Euro in Europe, but that doesn’t really matter anymore, because like we already mentioned, the 500 units have been already sold.
Porsche press release :
Porsche 911 GT2 RS Sold Out after Only a Few Months
Stuttgart. The most powerful and high-performance road-going sports car in the history of the Dr. Ing. h.c. F. Porsche AG, Stuttgart, is not only fast on the road: all 500 units of the limited edition 911 GT2 RS were sold to customers within an extremely short amount of time. Presented at the Moscow Auto Salon on August 25th, this top model emphasizes the success story of the 911.
The Porsche 911 GT2 RS embodies what Porsche Intelligent Performance stands for. Despite the fact that its power has been enhanced by 90 HP, its fuel consumption and CO2 emissions have actually been reduced by about 5 percent compared to the 911 GT2, bringing them down to 11.9 l/100 km (NEDC) and 284 g/km, respectively. The highly-efficient, 3.6 liter six-cylinder boxer engine boosted by two turbochargers with variable turbine geometry (VTG), offers 620 HP and accelerates the high-performance sports car from zero to 100 km/h in 3.5 seconds. 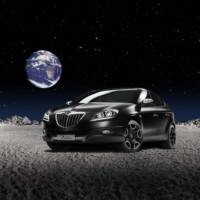 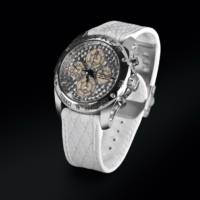