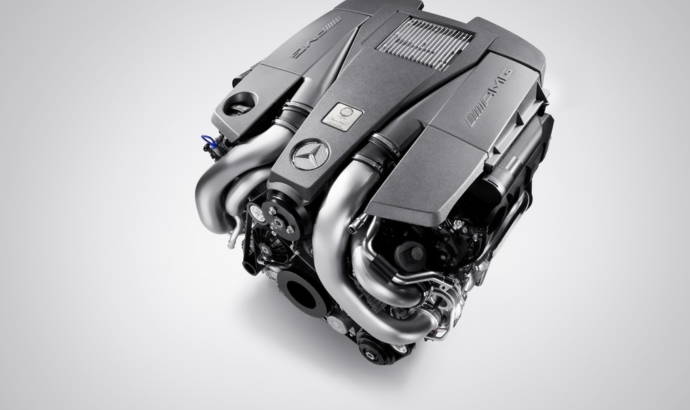 * provisional figures; ** with AMG Performance package
Exciting power delivery, characteristic sound
These on-paper figures raise high expectations which the 400 kW (544 hp) AMG 5.5-litre V8 biturbo certainly meets. The flat torque curve ensures enormous pulling power in all speed ranges: 670 newton metres are already available at 1500 rpm, and the maximum torque of 800 newton metres is delivered just 500 rpm later, remaining constant to 4500 rpm. Even more effortless performance is ensured by the engine variant with the AMG Performance package, which has a peak output of 420 kW (571 hp). In this case the eight-cylinder delivers 875 newton metres of torque at just 2000 rpm, with a constant 900 newton metres available between 2500 and 3750 rpm.
It is not only the unrivalled torque delivery of this turbocharged eight-cylinder that makes the heart beat faster, as the agile responsiveness with no irritating charger delay leads to an effortlessness and dynamism previously unknown in this output class. All perfectly matched by the characteristic, sonorous engine note. Moreover, this AMG high-performance engine naturally meets all the requirements with respect to smooth, quiet running and the comfort on long journeys that is to be expected of a Mercedes.
MCT 7-speed sports transmission with Controlled Efficiency mode and start/stop function
Power is transferred by the AMG SPEEDSHIFT MCT 7-speed sports transmission used exclusively by AMG, which is already familiar from the SL 63 AMG and E 63 AMG and combines high emotional appeal with outstanding driving dyna-mics and a high level of efficiency. The wet start-up clutch replaces a conventional torque converter, and helps to save fuel. The exemplary fuel economy is also in large measure due to the standard start/stop function. This system is active in the transmission’s Controlled Efficiency ("C") mode, and switches the eight-cylinder engine off when the car comes to a stop. In "C" mode the sports saloon always starts off in second gear, and the transmission shifts to the next, higher gears at a decidedly early stage. With its high torque at low engine speeds, the V8 engine encourages a smooth, effortless driving style.
The eight-cylinder biturbo engine also features the generator management system familiar from the E 63 AMG: whenever the engine is on the overrun or when braking, kinetic energy is used to charge the battery rather than being wasted as heat in the usual way. In all other operating modes a combination of onboard network and generator management enables the generator to be kept at a low voltage. This reduces the load on the engine and makes for fuel savings of around 0.15 litres per 100 kilometres according to the NEDC standard, and up to 0.2 l/100 km in city traffic with its frequent overrun and braking phases.
Long tradition of powerful AMG V8 engines
Powerful eight-cylinder engines are an integral part of AMG’s history. 2005 saw the debut of the AMG 6.3-litre V8 engine known as the M 156. Depending on the model, this naturally aspirated, high-revving unit develops up to 386 kW (525 hp) and 630 newton metres. Reserved exclusively for the new SLS AMG, the M 159 with the same displacement of 6.3 litres has a peak torque of 420 kW (571 hp) and maximum torque of 650 newton metres. Another milestone in the history of AMG engines was the supercharged AMG 5.5-litre V8 engine introduced in 2001: the M 113 K developed up to 428 kW (582 hp) and 800 newton metres of torque. Even more power was forthcoming from the supercharged AMG 5.5-litre V8 engine of the SLR McLaren dating from 2003 – the M 155 generated up to 478 kW (650 hp) and 820 newton metres.
The supercharged AMG 5.5-litre V8, the AMG 6.3-litre V8 and the AMG 6.0-litre V12 biturbo were all able to win the Best Performance Engine category in the International Engine of the Year Awards.
The first AMG four-valve V8 accelerates "The Hammer" to 303 km/h
Another important engine in the AMG story was the M 117, its first eight-cylinder unit with four-valve technology. With a displacement of 5.6 litres, 265 kW (360 hp) and 510 newton metres of torque, this V8 accelerated the 300 CE 5.6 AMG to a top speed of 303 km/h in 1987. This made the coupé the fastest German car in series production, and American fans reverently christened it "The Hammer".
The S 63 AMG showcar harks back to the historic success in 1971
A historic success was achieved by the 300 SEL 6.8 AMG in 1971: powered by an AMG V8 engine with a displacement of 6.8 litres and developing 315 kW (428 hp), this signal red racing saloon crossed the finishing line in second place during its very first outing at the 24-hour race in Spa-Francorchamps (Belgium), securing victory in its class.
The spectacular S 63 showcar is homage to this triumph, which made AMG world-famous overnight although the company had only been founded in 1967: decorated with sponsoring stickers identical to those on its historic predecessor, this powerful S-Class made by Mercedes-AMG is a sensation. The imposing tyres in size 275/35 R 20 and 325/30 R 20 at the front and rear are just as eye-catching as the 4.5-centimetre wider front wings on each side. The discerning car-lover will even discover exotic wood trim in the style of the original car in the interior. The showcar is powered by the new AMG 5.5-litre V8 biturbo engine and the AMG SPEEDSHIFT MCT 7-speed sports transmission. 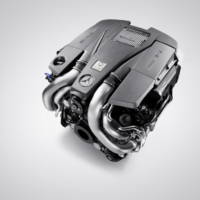 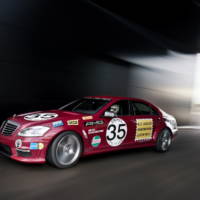 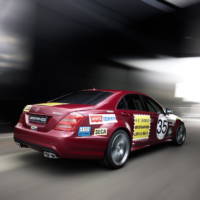 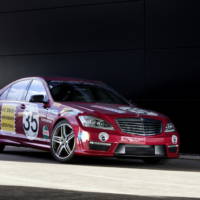 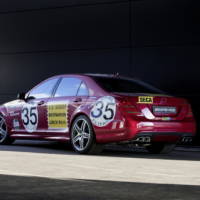 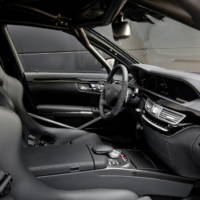 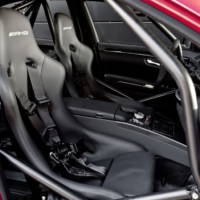 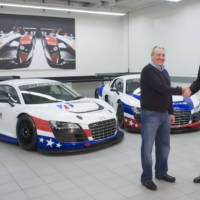 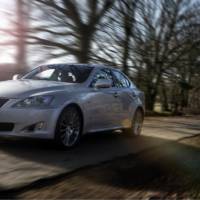