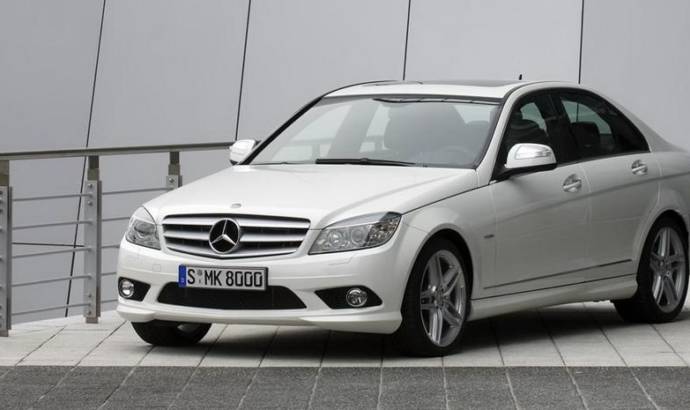 Daimler has just confirmed the addition of a fourth version to their C-Class range, which will be the 2011 Mercedes C Class Coupe.
The 2011 Mercedes C Class Coupe will be assembled at the company’s production site in Bremen which will also manufacture the C-class saloon, estate, and GLK starting from next year.
The 2011 Mercedes C Class Coupe would be the second version based on the current C-Class model, besides the E-Class coupe.
Market launch for the 2011 Mercedes C Class Coupe will begin in 2011 as for pricing and technical details they are virtually non existent at this point.
Mercedes press release :
Bremen – The Mercedes-Benz plant in Bremen is gearing up for the production of a fourth model of the high-volume C-Class model range. As of 2011, a Coupé will be added to a flexible production line, which already produces the three existing models. This will be a new addition to Bremen’s current production portfolio in the C-Class segment, comprising the Saloon, the Estate and the compact GLK sport utility vehicle (SUV).
"The decision by the Board of Management to produce the Coupé version of the current C-Class here in Bremen as well represents another important milestone on our way to becoming Mercedes’ competence centre for the C-Class and is a clear sign of the trust in the Bremen team’s capabilities and standards," says Peter Schabert, Head of the Mercedes-Benz plant in Bremen.
The Bremen plant is developed into the worldwide competence centre for the high-volume C-Class model series. Allocating production of the new Coupé to the plant is in keeping with this strategy. As announced in December 2009, the launch of the next generation of the C-Class at the plant as of 2014 will see production of the C-Class Saloon for markets in Europe concentrated at a single location together with the production of the other C-Class model variants.
Flexible production
The Bremen plant is already demonstrating the flexibility of its production operations by producing three models (C-Class Saloon, C-Class Estate and GLK) on a single assembly line. The vehicles are able to pass along the assembly line in any conceivable order precisely as customer orders require, irrespective of model, variant (right- or left-hand drive, all-wheel or rear-wheel drive) and equipment. From 2011 the Bremen plant will be integrating a fourth model into the production process in the guise of the Coupé, demonstrating the plant’s flexibility once again.
Production portfolio of the Bremen plant
In addition to the models of the C-Class model series, vehicles belonging to the E-Class are also produced in Bremen, with the Coupé and Cabrio running in flexible configuration on a single production line. The roadsters of the SL- and SLK-Class are also produced exclusively in Bremen. With a workforce of around 12,600, the Mercedes-Benz plant is the largest private-sector employer in the region. 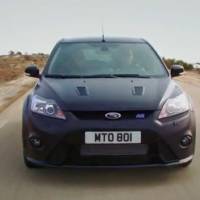 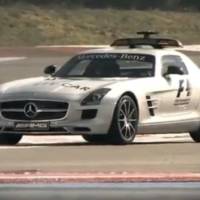