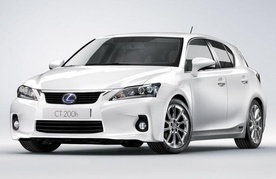 Pricing for the 2011 Lexus CT 200h going on sale on the US market has been announced, and customers will find this new hybrid in the showrooms starting from early March.
The 2011 Lexus CT 200h US price starts at 29,120 USD and its powertrain is composed from a four-cylinder 1.8-litre VVT-i engine running on petrol and a high voltage battery. With an electrically controlled continuously variable transmission spinning the front wheels, the 2011 Lexus CT 200h promises an average fuel consumption figure of 42 mpg (combined), plus the car can travel up to 1.2 miles on just electricity, at speeds of 28 mph.
Standard features on the 2011 Lexus CT 200h include push button Start Stop, touch sensors on exterior front door handles, leather wrapped steering wheel a 6 speaker audio system with CD player, USB.iPOD connectivity and 17 inch aluminium alloys.
The 2011 Lexus CT 200h also comes with eight airbags as standard.
The 2011 Lexus CT 200h price does not include the 875 USD processing and handling fee.
Lexus press release :
* Fun-to-drive hybrid with sport-tuned suspension priced at $29,120
* Best EPA combined rating in luxury segment at 42 mpg
* Fifth hybrid and the most wallet-friendly vehicle in the Lexus lineup
TORRANCE, Calif. (December 15, 2010) – Lexus today announced the Manufacturer’s Suggested Retail Prices (MSRP) for the all-new 2011 CT 200h hybrid, which will be priced at $29,120. The MSRP does not include a delivery, processing and handling fee of $875.  When it arrives at dealerships in early March, it will be the fifth hybrid in the Lexus lineup and have the luxury industry’s best overall combined fuel economy at 42 mpg. With its starting price of $29,120, CT 200h will have the most attractive price point in the Lexus lineup and offer the level of refinement, quality and reliability that customers have come to expect.

“For just $1,000 more than the cost of a non-luxury hybrid, buyers can indulge in a CT 200h with our proven Lexus Hybrid Drive technology,” said Mark Templin, group vice president and general manager, Lexus Division. “Lexus hybrids currently make up 90 percent of all luxury hybrid sales in the U.S., so you can imagine how excited we are to continue our leadership in this market with the CT 200h.”

The CT 200h emits approximately 60 percent fewer smog-forming emissions than the average new car, and has EPA-estimated ratings of 43 mpg city and 40 mpg on the highway utilizing regular 87-octane gasoline. Moreover, the CT 200h can be operated in a switchable EV mode which generates zero emissions.

“With its low emissions, great fuel economy, four driving modes, and performance dampers, CT proves that you can use ‘fun-to-drive’ and ‘hybrid’ in the same sentence,” said Templin.

Lexus has developed a unique electronic device holder that will be included in every CT. This simple console-mounted holder can easily accommodate most cell phones, music players, or portable navigation devices, keeping the device in close proximity to the power and USB ports on the console.

The optional sixth-generation navigation system features a backup camera and Lexus’ exclusive Remote Touch controller with user-adjustable haptic feedback.  The innovative controller, similar to a computer mouse, eliminates the need for touch screen controls, allowing the pop-up navigation system screen to be mounted further up the center stack and away from the driver.  This helps the driver benefit with a clear, high-resolution screen, improved site lines and reduced eye movement.

Improving its environmental performance, several of the CT 200h’s larger components including the loadspace deck sides, deck board and deck board trim have been fabricated from a bioplastic material containing 30 percent plant-based resin.  This helps in reduction of carbon emissions over the life of the vehicle.  New for the CT 200h is the standard NuLuxe seat material that looks and feels like leather to driver and passengers, but is manufactured with the environment in mind.

Lexus Insider™, a complimentary, opt-in service available without a subscription, is also standard on Lexus Enform-equipped CT 200h vehicles.  The service offers in-vehicle audio casts with useful vehicle tips and event information, as well as insights into exclusive owners’ benefits.  As part of the Lexus Enform navigation platform, XM NavTraffic® and XM NavWeatherTM are available via individual XM® subscriptions.  Navigation-equipped vehicles also have the availability of XM® Sports and Stocks, a service that is included with an XM® satellite radio subscription. All XM services include a complimentary 90-day trial subscription. 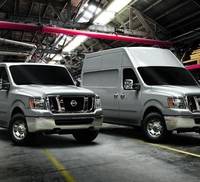 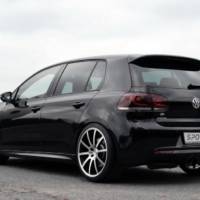