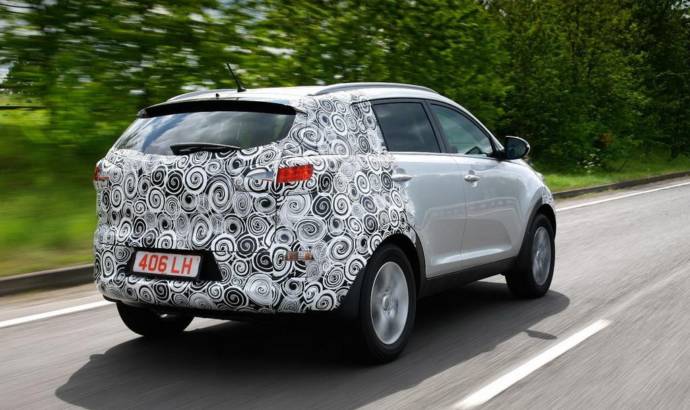 We have new details with the European designed 2011 Kia Sportage for which sales across UK are scheduled to begin on August 1.
Together with this new info, the car maker has also published two new ‘spy photos’ with the 2011 Kia Sportage wrapped in camouflage at the front and back, which could indicate a slight variation between the European version and the US model. Kia officials are saying that production for their new SUV will stat in the company’s plant in Slovakia.
The 2011 Kia Sportage UK price will probably announced in the next couple of weeks, but we already know that in U.S. the car costs almost 22,000 USD.
Kia press release :
The new Kia Sportage, which goes on sale in August, is Kia’s latest
European-designed model to have been specifically developed for the UK’s
roads and drivers.  Research & development experts from Kia Motors
(UK) have been involved with the testing of the new Sportage, to be
built at the Å½ilina plant in Slovakia, from the prototype stages in
mainland Europe right up until final testing in the UK itself during the
early part of 2010.
“Being involved right from the early stages of prototype testing on
project ‘SL’ (the internal codename for the new Sportage), in both
dynamic and static performance testing, has meant that we have been able
to ensure UK market needs have been incorporated throughout the
development process” explains Neil Kent, Product Specialist, from Kia
Motors (UK).
“Once we had completed testing for ride quality, steering and
dynamics with our European colleagues, vehicles were then brought to the
UK for final set-up, benchmarking and evaluation.  UK testing is
invaluable as it allows us to ensure we have the right levels of comfort
and performance for the very specific road conditions we have here”, he
added.
Kia engineers at the Korean firm’s Technical Centre in Rüsselsheim,
Germany are confident the new Sportage will meet the demands of European
customers as well as the challenging variety of roads they drive on.
Michael Lugert, Kia’s Steering & Suspension Development Manager
explains: “When we benchmarked the leading competitors we found some
offered comfort, others focused on agility.  With Sportage we believe we
have balanced these two attributes well and created a Kia whose primary
focus is on ride quality but maintains agility and good dynamics.”
Lugert continues: “The entire suspension set-up – springs, dampers,
stabiliser bars and bushes – has been developed on European roads.  We
also worked with our tyre partners to select specific EU market
compounds.  The steering also had to have a ‘European feel’ – very
natural with a linear torque build-up – so the electric steering has
been adjusted to achieve this.”
Following in the footsteps of Soul, Venga and Sorento, the new
Sportage will be the fourth consecutive new Kia to be launched which has
undergone development in the UK – Michael Cole, Managing Director for
Kia Motors (UK) Limited, commented: “The United Kingdom is the largest
market for Kia in Europe so great efforts are made to ensure that our
new products not only look and feel ‘European’ but that they perform
just as UK customers want them to.  Sportage has been in the UK for over
fifteen years – I’m convinced that the new generation’s striking design
and great on-road ability will find favour with both our loyal existing
customers and people who are new to the Kia brand.” 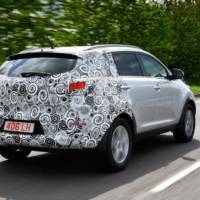 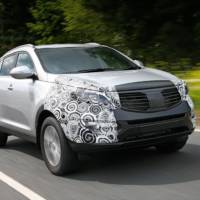 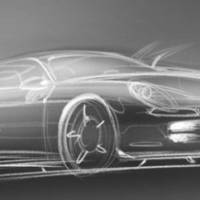 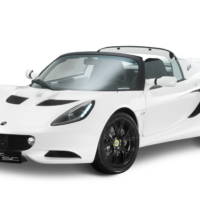