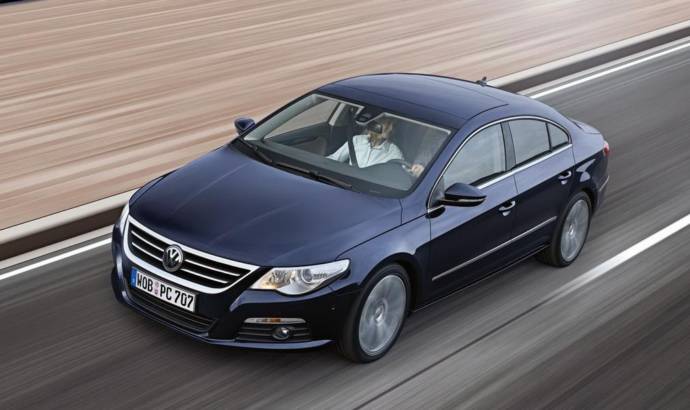 The German automaker is offering standard equipment upgrades to the 2010 Volkswagen Passat CC version sold in UK.
These upgrades include a three-rear seat bench, which means the 2010 Volkswagen Passat CC can now accommodate 5 people plus the sattelite navigation and touchscreen Bluetooth device.
On the 2010 Volkswagen Passat CC GT trim level the automaker also adds Nappa leather, front/rear parking sensors and cruise control.
Even though when sold separately these new extra features add up to 1,000 GBP on the base version CC and 3,000 GBP on the GT model, the revised 2010 Volkswagen Passat CC price increases with only 515 GBP and 1,000 GBP respectively when compared to the model it replaces.
The 2010 Volkswagen Passat CC price starts at 22,520 GBP and reaches 26,800 GBP for the range topping variant.
Volkswagen press release :
The Passat CC, which mixes elegant coupé styling with practicality
and refinement, is set to benefit from a series of revisions to add new
technologies and greater flexibility to help it represent stronger
value than ever before.
For the first time the Passat CC can accommodate five adults thanks
to the addition of an extra space situated between the rear seats,
while up front satellite navigation is fitted as standard along with a
touchscreen Bluetooth device.
This comes on top of the already comprehensive list of standard
equipment which includes 2Zone electronic climate control, a leather
steering wheel, gear knob and handbrake, 17-inch ‘Phoenix’ alloy wheels
and six airbags.
The GT model also benefits from the revisions plus it gains Nappa
leather interior, front and rear parking sensors and cruise control.
The GT trim level also retains 18-inch ‘Interlagos’ alloy wheels,
ACC (Adaptive Chassis Control) electronically controlled pneumatic
dampers and heat insulating tinted glass from the B-pillar backwards.
These changes on the entry-level model represent an extra £1,000
worth of equipment yet the revised Passat CC will cost only £515 more
than the model it replaces.  On the GT model the gap is even greater
with an extra £3,000 worth of equipment being fitted yet the overall
price of the car rises by £1,000.
The existing line-up of powerful yet efficient 1.8-litre TSI,
2.0-litre TSI and 3.6-litre V6 petrol engines and 2.0-litre TDI diesel
engines remain, as does the choice of six-speed manual or DSG gearboxes
on selected models.
The new model opens for ordering this week with prices set to start at £22,645 RRP on the road for the 1.8-litre TSI model. 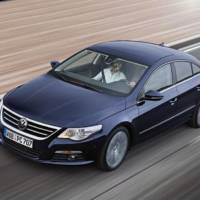 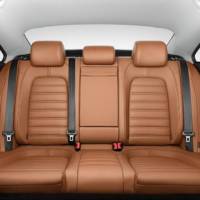 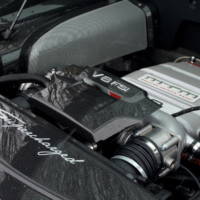 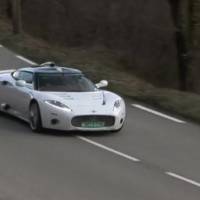