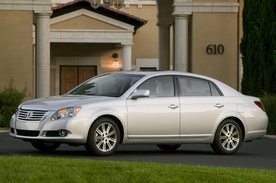 The 2010 Toyota Avalon, Yaris, Highlander, FJ Cruiser, Rav4, and Tacoma price list for the North American market was released today by the Japanese manufacturer.
Powered by a 4.0-litre V6 engine that offers 19 more hp than the previous version the 2010 Toyota FJ Cruiser price for the 2WD automatic starts at $23,680.
For the first ever car-based SUV initially introduced in 1996 which is the Toyota RAV4 pricing for the 2010 year model 2WD version that comes equipped with a 4-cylinder engine starts at $21,500.
The 2010 Toyota Highlander price remains unchanged meaning that the base 4-cylinder variant is $25,705 while the 4WD hybrid model starts at $41,020.
For 2010 Toyota priced the Avalon XL at $27,945 and the Limited version at $35,285 adding auto up/down windows and one new body color.
With a $150 increase over last year’s model, the 2010 Toyota Yaris Price starts at $12,355, and for that ammount you will get the manual 3-door version that now offers Vehicle Stability Control (VSC) and Traction Control (TRAC) as standard.
For the 2010 Toyota Tacoma pricing was again left unchanged so the Regulat-Cab 5-speed manual version starts at $15,170 going up to $27,075 for the V6 4×4 Double Cab Long Bed equipped with a 5-sepeed automatic gearbox.
Toyota press release :
Toyota Motor Sales (TMS), U.S.A., Inc., announced manufacturer’s suggested retail prices (MSRP) today for the 2010 Avalon full-size sedan, Yaris subcompact, FJ Cruiser off-road sport utility vehicle (SUV), Highlander mid-size SUV, RAV4 compact SUV, and the Tacoma pickup truck. The 2010 models will begin arriving at dealerships in August, with the exception of Highlander (September).
The 2010 FJ Cruiser, the most capable off-road SUV in the Toyota line-up, will feature several upgrades, including dual VVT-i and roller rocker arms on the 4.0-liter V6, which add 19 horsepower and a one mpg increase. Minor suspension changes reduce the turning radius by more than a foot, and a new Army Green exterior color is offered. The base MSRP for FJ Cruiser will range from $23,680 for the 2WD automatic to $25,270 for the 4WD automatic, an increase of $360, or 1.4 to 1.5 percent.
The RAV4, the first ever car-based SUV originally introduced in 1996, receives minor styling enhancements for 2010, including chrome-accented interior appointments on the limited model. The MSRP remains unchanged for 2010 RAV4. RAV4 models will carry a base MSRP that ranges from $21,500 for the base model 2WD four-cylinder to $27,810 for the 4WD Limited V6.
The 2010 Highlander gas model, which will be assembled at Toyota Motor Manufacturing, Indiana (TMMI) beginning in October, will have an available backup monitor on the multi-informational display for the Base grade V6, and a power tilt/slide moonroof for the Base grade four-cylinder. Highlander Hybrid carries over unchanged for 2010. The MSRP for the 2010 Highlander gas and hybrid models remains unchanged except for the Highlander Sport, which adds a stainless-steel exhaust tip and will increase $50. The base MSRP for the 2010 Highlander ranges from $25,705 for the base four-cylinder 2WD to $41,020 for the Limited 4WD hybrid model.
Avalon, Toyota’s flagship passenger car since 1995, continues to set the standard for performance, luxury, and value in its class. For 2010, Avalon adds rear-passenger auto up/down windows and one new exterior color, Sandy Beach Metallic. The base MSRP for the 2010 Avalon ranges from $27,945 for the XL to $35,285 for the Limited, an increase of $100, or 0.3 to 0.4 percent.
Tacoma, the best-selling compact pickup truck in the U.S., will carry over unchanged except for an enhancement to the front cup-holder functionality, and it will not receive a price increase for the 2010 model year. Tacoma’s base MSRP ranges from $15,170 for the Regular Cab with a five-speed manual transmission to $27,075 for the V6 4×4 Double Cab Long Bed with a five-speed automatic transmission.
Yaris will receive standard Vehicle Stability Control (VSC) and Traction Control (TRAC) in 2010, equipping all Yaris models with Toyota’s Star Safety System™ that also includes Anti-lock Braking System (ABS), Electric Brake-force Distribution (EBD) and Brake Assist. Yaris is the only vehicle in its segment to offer this set of safety features as standard equipment. With all of these enhancements, Yaris base MSRP will increase only $150 and will range from $12,355 for the three-door model with manual transmission, to $13,915 for the four-door sedan with an automatic transmission, an increase of 1.1-1.2 percent.
Base MSRPs do not include a delivery, processing, and handling (DPH) fee of $750 for passenger cars and $800 for light trucks. The DPH fee for vehicles distributed by Southeast Toyota (SET) and Gulf States Toyota (GST) may vary. 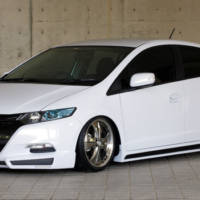 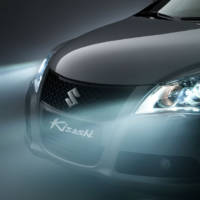