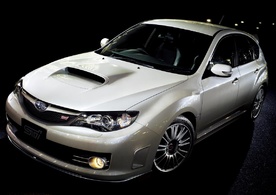 The 2010 Subaru Impreza price was announced today and fans will be happy to hear they can buy the standard 170 HP variant for the same ammound as the 2009 model year version, meaning $17,495.
Even more good news regarding the 2010 Subaru Impreza 2.5i Premium price which is now $1,000 less than the 2009 edition, starting at $18,495 plus $500 if you add the Special Edition Package.
For the 2010 Subaru Impreza Outback Sport pricing will start at $19,995 while the performance oriented versions 2010 Impreza WRX and WRX STI will go on sale for $24,995 and respectively $34,995.
Specific details regarding standard and optional features for the 2010 Subaru Impreza available in the official press release below.
Subaru press release :
Pricing for the Impreza model, which set a sales record in 2008, begins at an unchanged $17,495 for the 170-hp 2.5i with Symmetrical All-Wheel Drive as standard. (All 2010 Subaru models feature new Symmetrical AWD badging.)
Impreza blends fun-to-drive performance, safety, and functionality with Subaru Symmetrical All-Wheel Drive, making it an unmatched value in the compact segment. As well as receiving the highest possible ratings in IIHS crash tests, and being listed as 2009 IIHS "Top Safety Pick", the Impreza also scored NHTSA five-star crash test ratings for frontal impact for both the driver and front passenger, a five-star rating for the driver side impact, and a four-star rating for the rear passenger side impact.
The Impreza 2.5i Premium is reconfigured for 2010, with pricing starting at $18,495 – $1,000 less than the 2009 model.
Impreza 2.5i, 2.5GT and Outback Sport models add a stylish new grille and an attractive new exterior color Camellia Red Pearl is available on 2.5i & 2.5GT models. GT models are powered by a 224-hp intercooled turbo Boxer engine and teamed to standard 4-speed automatic transmission and Active AWD version of Symmetrical All-Wheel Drive.
The value continues with the introduction of the new Special Edition Package that includes power moonroof and fog lights as well as the All-Weather Package. The Impreza 2.5i Premium with the Special Edition Package starts at $18,995.
Bluetooth hands-free cell phone capability is now standard on 2.5i Premium and WRX Premium models with the navigation system.
For 2010, the Impreza Outback Sport model adds Paprika Red Pearl/Steel Silver Metallic and a new two-tone exterior color, and retains its starting price of $19,995.
The performance-oriented 2010 Impreza WRX has a starting price of $24,995, again unchanged from last year and is available exclusively with a 5-speed manual transmission. The All-Wheel Drive Impreza WRX features a 2.5-Liter DOHC inter-cooled turbocharged engine delivering 265 horsepower, a new exterior side sill, 225/45 R17 lower profile summer performance tires, 17-inch alloy wheels, an Aero Package, WRX upholstery w/red stitching and WRX logo on front seats, leather-wrapped steering wheel and red stitching, and STI type grille w/WRX badge. The Impreza WRX 5-door model has the same features as the 4-door, plus a rear spoiler and has a starting price of $25,495.
Pricing for the high-performance model WRX STI, which for 2010 features black alcantara trim and a black center console with red stitching also remains unchanged at $34,995.
Destination and delivery for all 2010 Impreza models is $695 (excluding Alaska). 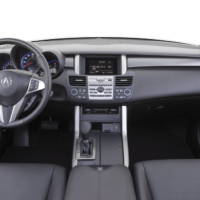 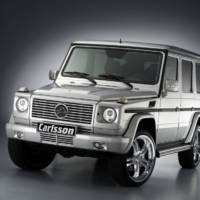