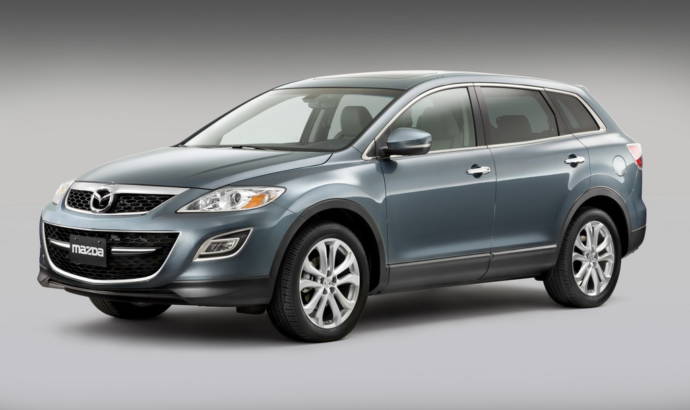 The 2010 Mazda CX9 was announced today, and the company says the car will be unveiled at the New York Auto Show in April, accompanied by two more models, the new CX-7 and the 2010 MADZASPEED 3. The heavily revised 2010 Mazda CX9 is presented with what is becoming the typical "Mazda smile" exterior and as for technical details so far we know that it will include reinforced safety features along with "unique driving dynamics ". Referring to the 2010 MAZDASPEED 3 today’s release mentions a new engine option witch is a 2.5 liter MZR 4 cylinder engine coupled with a five speed automatic transmission.
Mazda press release:
Mazda North American Operations will unveil three new vehicles at the 2009 New York International Auto Show, including the heavily revised 2010 CX-9 and CX-7 crossover SUVs and the highly anticipated MAZDASPEED3 high-performance compact 5-door.  Takashi Yamanouchi, representative director, president and CEO, Mazda Motor Corporation, is scheduled to address the media at a press conference at the Mazda booth.
A strong success – including winning the 2008 Motor TrendSport Utility of the Year and 2008 North American Truck of the Year awards – the CX-9 is a seven-passenger, three-row crossover SUV with unique driving dynamics that are not found in its segment.  For the 2010 model year, the CX-9 receives an exterior and interior facelift, added options and reinforced safety features, while further improving Zoom-Zoom driving characteristics.
The 2010 MAZDASPEED3 builds on the credentials of its predecessor, and remains one of the quickest and fastest front-wheel drive cars in the world.  It blends five-door functionality with bolder, more aggressive styling and exhilarating performance to meet the needs of enthusiasts with active lifestyles. Carrying forward the MZR 2.3L direct injection turbo engine, the new MAZDASPEED3mixes world-class performance with Nagare (flow)-inspired design cues on the exterior and interior of the car.  The MAZDASPEED3 made its world debut at the Geneva Motor Show and is the third model in the 2010 MAZDA3 lineup, joining the MAZDA3 5-door and 4-door sedan.
The 2010 CX-7 receives an exterior and interior styling refresh as well as a host of safety, convenience and engineering refinements. Leading the way is a new engine option – an all-new naturally aspirated DOHC 16-valve 2.5 liter MZR four-cylinder, coupled to a five-speed automatic transmission. The familiar turbocharged 244-hp DOHC 16-valve MZR Direct Injection Spark Ignition (DISI) 2.3-liter four-cylinder will continued to be offered.  The CX-7 made its world debut at the Canadian International Auto Show earlier this year.
The balance of Mazda’s full lineup also will be on display at the show, including MAZDA6, MAZDA5, RX-8, and the all-new 2010 MAZDA3.  The New York International Auto Show is open to the public April 10-19, 2009, at the Jacob Javits Convention Center.
Headquartered in Irvine, Calif., Mazda North American Operations oversees the sales, marketing, parts and customer service support of Mazda vehicles in the United States, Canada, Mexico and Puerto Rico through more than 850 dealers.  Operations in Canada are managed by Mazda Canada, Inc., located in Ontario, Canada, and in Mexico by Mazda Motor de Mexico in Mexico City. 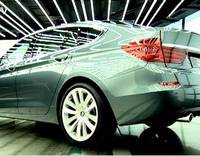 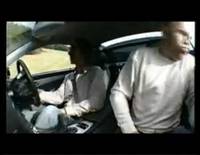