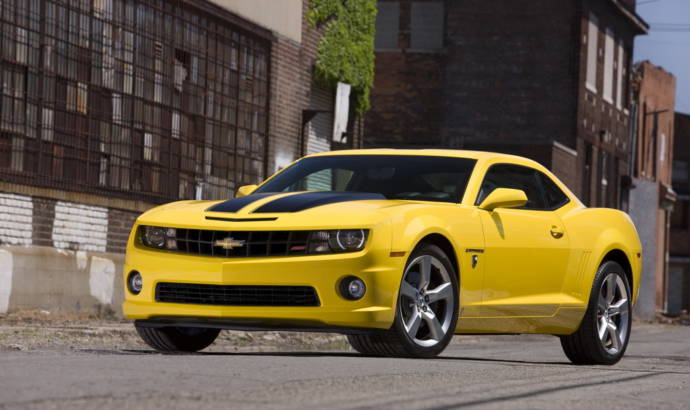 The 2010 Chevrolet Camaro TRANSFORMERS edition was introduced today by GM. The company says the car came as a result of numerous customers interested in buying the BUMBLEBEE Camaro version during the time when the first TRANSFORMERS movie was rolling in cinemas.
The yellow 2010 Chevrolet Camaro TRANSFORMERS edition featuring two black stripes includes the AUTOBOT shield and the TRANSFORMERS logo displayed in various places throughout the interior and the exterior and the whole package comes with a $995 price tag.
The most powerful Chevrolet Camaro TRANSFORMERS edition is the SS version that has a LS3 6.2-litre V8 under its bonnet and can output 426 hp (318 kW) and 569 Nm (420 lb-ft) of torque, sending all its juice to the rear wheels via a six-speed manual or automatic transmission.
has just released a special model
Chevrolet press release :
Fans of the new Camaro and the blockbuster TRANSFORMERS movies can now combine their love of the car and the films with the Chevrolet Camaro TRANSFORMERS Special Edition announced today at Comic-Con in San Diego.
"When the first TRANSFORMERS movie was setting box office records, we had countless customers asking to purchase the ‘BUMBLEBEE’ Camaro," said Karen Rafferty, product marketing director, Chevrolet. "Now, they can buy one with the new Camaro TRANSFORMERS Special Edition. Streets all over North America will be buzzing in no time."
Features such as an EPA-rated 29 highway mpg on the V6-powered Camaro, Bluetooth phone connectivity, USB connectivity, XM Satellite Radio and OnStar combined with TRANSFORMERS design cues add to the car’s status as a 21st century sports car.
“Hasbro is thrilled to team up with Chevrolet and excited to see the Camaro TRANSFORMERS Special Edition come to market for our fans to enjoy,” said Samantha Lomow, Global Brand Leader for TRANSFORMERS at Hasbro. “The yellow Camaro with the black stripes has become so iconic and closely associated with the BUMBLEBEE character that this edition was a natural fit for both companies.”
While the aggressive styling of the Camaro is unmistakable, true TRANSFORMERS fans will notice some of the unique, but subtle features of the Camaro TRANSFORMERS Special Edition.
The 2010 Chevrolet Camaro TRANSFORMERS Special Edition includes the following:
* AUTOBOT® shield on the driver and passenger side panels
* AUTOBOT® shield on each of the four wheel’s center cap
* AUTOBOT® shield embroidered on interior center console
* "TRANSFORMERS" logo on driver and passenger doors’ sill plates
* "TRANSFORMERS" logo embedded into the hood rally stripes
* High-gloss black center rally stripe package
* Manufacturer’s suggested retail price of package: $995
Dealers are now taking orders for this car. Customers can order the TRANSFORMERS Special Edition as either a Rally Yellow LT or SS model. The optional RS appearance package can also be added.
The V6-powered Camaro uses a 3.6L engine with variable valve timing to optimize performance and fuel economy. It is SAE-certified at 304 horsepower (227 kW) and 273 lb.-ft. of torque (370 Nm). A six-speed manual transmission is standard with the 3.6L engine; a Hydra-Matic 6L50 electronically controlled six-speed automatic, with TAPshift control, is available.
The high-performance Camaro SS is equipped with a powerful 6.2L V-8, with a choice of a six-speed manual or six-speed automatic transmission. Manual transmission-equipped models receive the LS3 engine, SAE-certified at 426 horsepower (318 kW) and 420 lb.-ft. of torque (569 Nm). It is paired with a TR6060 six-speed transmission.
A new, L99 V-8 engine is used on automatic transmission-equipped SS models. It is based on the LS3, but also includes GM’s fuel-saving Active Fuel Management feature. It is SAE-certified at 400 horsepower (298 kW) and 410 lb.-ft. of torque (556 Nm). It is matched with a Hydra-Matic 6L80 six-speed transmission that helps delivers an EPA-estimated 25 mpg on the highway. 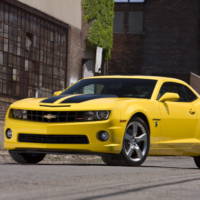 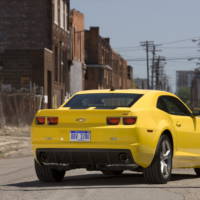 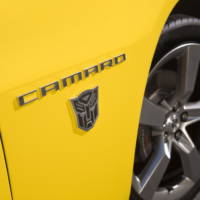 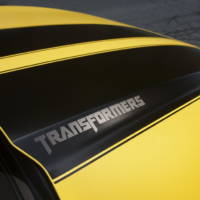 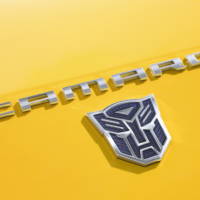 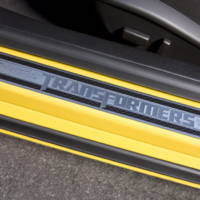 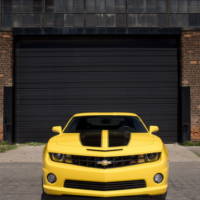 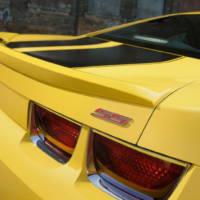 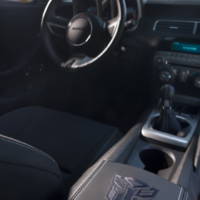 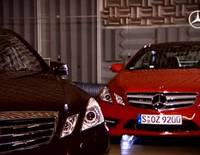 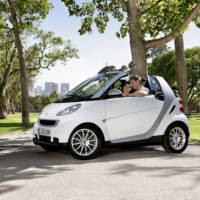