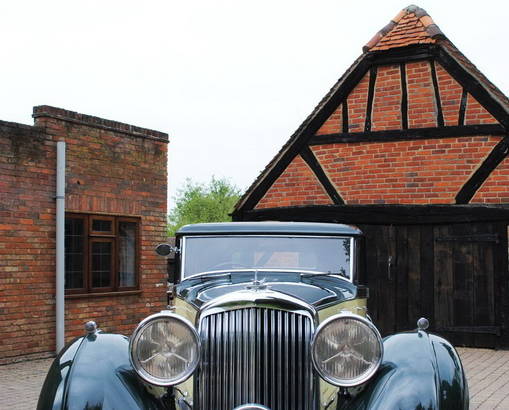 Historics will auction this 1935 Bentley Saloon at Brooklands on June 2nd, and if you’re looking to own a piece of automotive history then this might be your chance, as the highest bidder will also get free ownership of the British company that created this particular model.
The 1935
3-litre Bentley Saloon which is worth between an estimated 75,000 GBP and 90,000 GBP is among the 65 other classic and collector cars that will be auctioned by Historics at Brooklands.
Back in the day the 1935 3-litre Bentley Saloon which was able to reach top speeds of 97 mph thanks to its lightweight bodywork was called ‘The Silent Sports Car’ and its design was influenced by Sir Henry Royce.
The early examples of the 3-litre Bentley Saloon had a price tag of around 1,500 GBP and 70% of the cars built between 1933 and 1939 said to be still in existence today.
Historics press release :
75 years after it was coach-built to the highest standards of the
day, a 1935 Bentley will be auctioned at Brooklands on June 2 with a
unique, free ‘accessory’ – ownership of the British coach-building
company that created it.
Billed as one of the finest examples of its kind, the fine 1935
3-litre Bentley Saloon is a jewel amongst 65 other fine classic and
collector cars offered by specialist auction company, Historics at
Brooklands.
Valued at between £75,000 – £90,000, the Bentley is offered by
Historics with a comprehensive array of diaries documenting it’s many
trips in great detail.  It is adorned with a single winged ‘B’ radiator
mascot; believed to be one of only three examples of the experimental
design ever produced, whilst the company which originally built the
bespoke bodywork and interior of the car – Freestone & Webb – has
even greater rarity value.
The renowned British coachbuilder was formed in 1923 by V.E.
Freestone and A.J. Webb and, at its height, was producing 15
Rolls-Royces and Bentleys a year with exquisite hand-crafted bodywork
and interiors.  Freestone & Webb regularly exhibited at the London
Motor Show and, for nine consecutive years, its excellence in the
industry was recognised with the Gold Medal in the Private Coachbuilders
competition.
Following the death of Webb in 1955, the company was taken over by HR
Owen and continued to build bodies until 1958, after which the name was
shelved.
The car’s vendor discovered and acquired the company name and
registered the limited company in 1990. It is now offered, together with
the Bentley, as asset and debt free, offering a once-in-a-lifetime
opportunity to own not only a fine motor car, but also an iconic piece
of British automotive coachbuilding history.
For more information, and to attend the Historics at Brooklands
auction on the evening of June 2, call 0800 988 3838, e-mail: auctions@historics.co.uk, or
see the website, www.historics.co.uk.
Entry by catalogue only, available prior to, or on the evening. 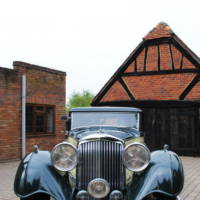 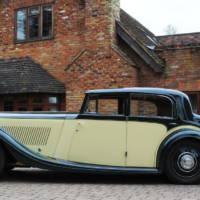 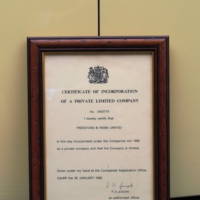 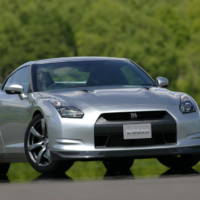 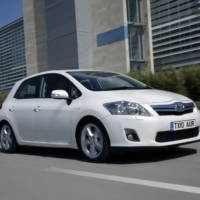